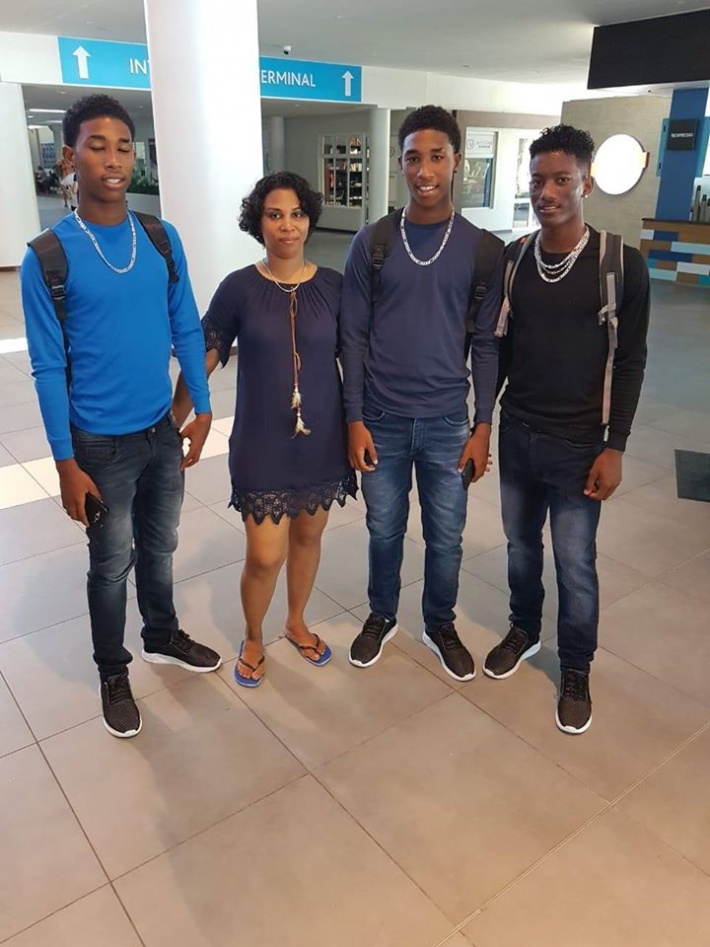 From left to right: Assad Aboudou, his mother, Afandi Aboudou and Achille Esther

The three young players who are benefiting from such an opportunity are Achille Esther, and twin brothers Assad Aboudou and Afandi Aboudou.

La Digue-based La Passe FC broke the news on their Facebook page yesterday and displayed photos of the three young players with their parents before their departure for Germany yesterday at the Seychelles International Airport.

Coach Bruno Saindina is accompanying them.

La Passe FC club president Gerard Lablache told Sports NATION he is proud that three of his team’s young players will be training with a youth professional academy in Germany.

“This is the first step and we hope to send more players to train with professional clubs. It is a long term project as together with the Seychelles Football Federation we hope to groom a group of young players who should be ready to play for the national team at the next Indian Ocean Islands Games in the Maldives in 2023 and the next Africa Cup of Nations (Afcon) qualifiers,” said Mr Lablache.

He added that this training opportunity has been possible thanks to personal contact with a gentleman who owns a futsal academy in England.

“The idea is that he helps to look for academies in Europe where we can send our young players so that they can benefit from expert training,” added Mr Lablache.

Founded on November 30, 1891, VfL Lohbrügge play in Germany’s sixth-tier – Landesliga Hansa – and their 1,200-seater home stadium is named Wilhelm-Lindemann-Sportplatz. They are top of the 16-team league with 45 points from 16 matches played (15 wins and a loss), followed in second position by ASV Hamburg on 35 points and in third place are V/W Billstedt on 31 points.

Their 23-year-old German centre-forward Pascal Bäker is the league’s top marksman with 15 goals.

The team’s average age is 24.8 years and they have been playing in the league for 10 years now. Last year they were ranked third with 59 points after collecting 19 wins, two draws and seven defeats.