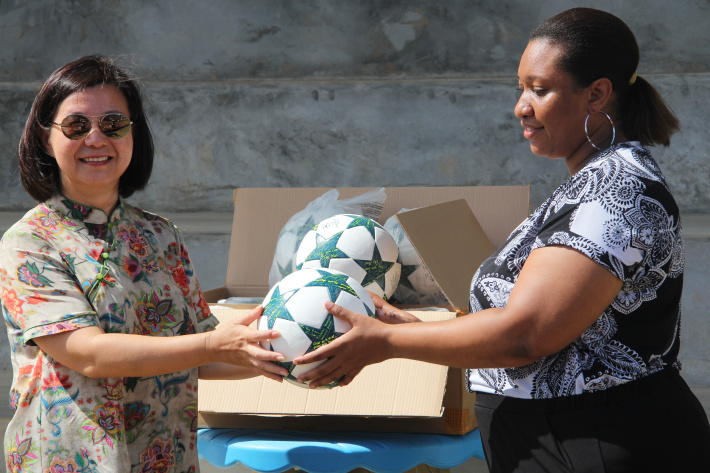 The students of Pointe Larue school will be able to enjoy their brand new mini stadium and changing room that has been constructed under a donation from the embassy of the People’s Republic of China.

“It gives me great pleasure to come to Pointe Larue and formally hand over these facilities as, my first sight of Seychelles when I arrived was Pointe Larue so when Honourable Jude Valmont approached us in support for this project my first reaction was why not,” Ambassador Guo Wei said.

She added that the district deserves better sport facilities. The ambassador also remarked that the MNA of Pointe Larue was a focal partner in the development of the project as well as the agencies who gave their support such as the department of local government.

The mini stadium is equipped with bleachers for spectators as well as a changing room complete with showers and lockers.

In her address to the attendees, the district administrator noted that this facility sponsored by the Chinese embassy will benefit the community and is the first phase of the upgrading project. The second phase will start in mid-November with levelling of the playing field and re-fencing of the area.

The accompanying photos show some highlights of the handover ceremony. 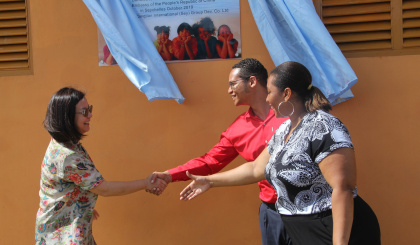