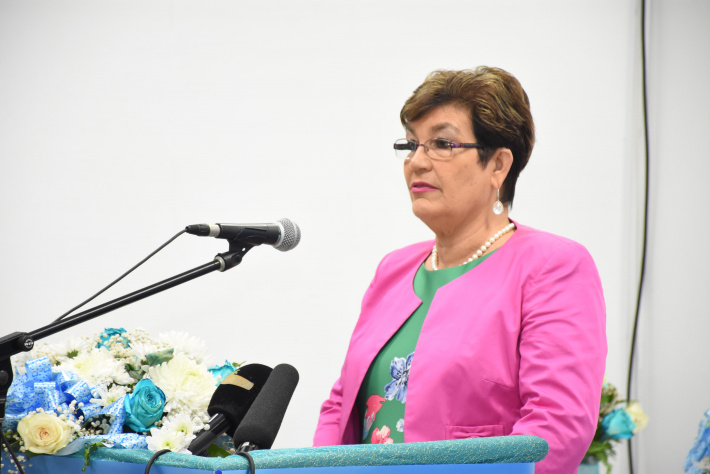 This year’s World Diabetes Day was commemorated by the Ministry of Health with a day of activities to raise awareness about diabetes care and management.

World Diabetes Day was initiated in 1991 in response to the escalating health threat posed by diabetes. The theme for World Diabetes Day 2019 is ‘The Family and Diabetes’ with the tagline, ‘Diabetes Concerns Every Family’.

After a workshop on the subject at the Sheikh Khalifa Diagnostic Centre conference room, the health workers had a diabetes awareness fair targeted at individuals who have diabetes, their families and other members of the community.

During the workshop, the Minister for Family Affairs, Mitcy Larue, stressed on the importance of family support in combatting diabetes.

“Almost 12% of our population are suffering from diabetes and many more at risk. The need to promote the role of the family in the management, care, prevention and education of the condition is so important because the disease does not just affect one individual, it impacts the whole family. Detecting diabetes early involves the whole family. One in every two people with diabetes is undiagnosed. Therefore early diagnosis and treatment is key to helping prevent or delay life-threatening complications. Every family has the responsibility to know the signs and symptoms of diabetes to protect themselves and their loved ones,” the minister said.

Minister Larue also talked about the various ongoing programmes led by the Ministry of Health such as regular screening in districts and workplaces in collaboration with the Lions Clubs of Seychelles; the workplace well-being programme; the diabetes passport programme and the non-communicable diseases project.

“According to the WHO, the sugar tax which has been implemented this year is also recognised as one of the ‘best buys’ in terms of reducing the risk of obesity as well as associated conditions such as diabetes. I was proud during my tenure as Minister for Health to launch the ‘My Health, My Responsibility’ campaign and we can see more and more members of our society living by this principle. But we are aware that our population continues to be exposed to numerous risk factors in particular related to unhealthy diets,” noted Minister Larue.

The minister urged the Seychellois to give the family emotional support for any diabetes patient. “Every family meal is an opportunity to prevent diabetes. As family and friends of a diabetes patient, it is our responsibility to learn more about the disease in order to be of better help.”

During the workshop, Antoinette Cesar narrated the life of her son who has been diagnosed with diabetes at a very young age of three and a half.

“I was unable to accept the fact but then had to come back to reality as my son was getting sick. He is now 22 years old and still cannot work as he is not able to due to his fragile health,” said Mrs Cesar.

The provisional psychologist, Ketty Mathiot, also talked about how to care emotionally for a diabetes patient. “Just holding someone’s hand while he/she is having an injection is support. By being here and present, the patient can better manage the disease and still live happily,” she noted.

Father Eric Leon also had a devotional session where he talked about the importance of taking care of oneself.

Members of the public were able to get self-care information and advice on how to manage sick days, exercise, dietary control and hypoglycaemia. There were also several demonstrations on proper care, such as properly administering insulin injections, foot examination and washing and blood glucose testing.

• Diabetes prevalence has been rising more rapidly in middle- and low-income countries.

• Diabetes is a major cause of blindness, kidney failure, heart attacks, stroke and lower limb amputation.

• Almost half of all deaths attributable to high blood glucose occur before the age of 70 years. WHO estimates that diabetes was the seventh leading cause of death in 2016.

• Healthy diet, regular physical activity, maintaining a normal body weight and avoiding tobacco use are ways to prevent or delay the onset of type 2 diabetes.

• Diabetes can be treated and its consequences avoided or delayed with diet, physical activity, medication and regular screening and treatment for complications. 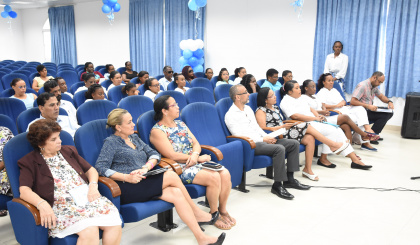