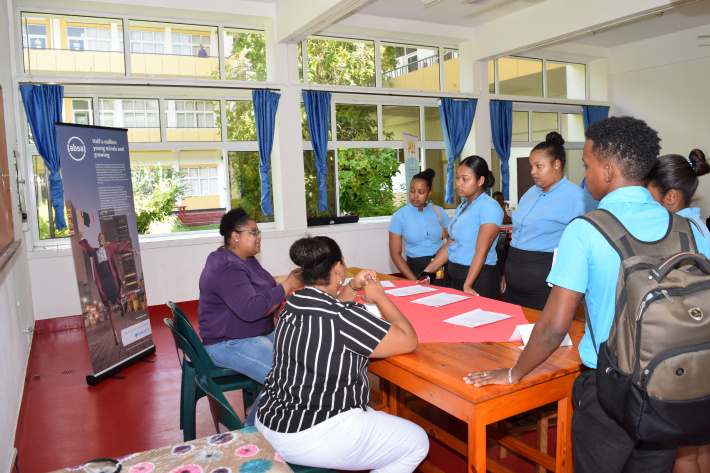 The Seychelles Business Studies Academy (SBSA) hosted its annual recruitment fair on its premises at Anse Royale on Friday November 8, 2019.

Present for the official launch of the fair were the principal secretary for tertiary education and human resource development, Dr Linda Barallon; management and staff of SBSA and the 92 final year learners of 2017-2019 cohort, completing the diploma in business studies and accounting and the diploma in office management and administration programmes.

After spending three years at the academy, they are preparing to follow either a career path or undertake further studies upon completion of their studies on December 6, 2019.

The SBSA director, Josianne Bristol, addressed the students,urging them to seize the opportunity to get as much information from the various organisations who have responded positively to the invitation to join the SBSA annual recruitment fair.

For the companies present, Mrs Bristol pointed out to them that it was “an exclusive chance to meet prospective candidates who are about to be formally qualified for the positions you need to fill. You can save your company time and money by having this first meeting with potential candidates … before the best ones go out into the broader job market”.

The opening ceremony comprised introductory presentations from various companies partaking in the event. These were kicked off by a senior employment officer who spoke about the special employment programme known as ‘My First Job Scheme’.

It was followed by MCB which, since the first recruitment fair in 2016, has been one of SBSA’s loyal partners, including taking on graduates under the ‘My First Job Scheme’.

Barclays Bank (of the Absa group) briefed students on the ‘Ready To Work Programme’, a programme which came about following a signed memorandum of understanding between SBSA and Barclays Bank in 2017, thus enabling SBSA to offer its graduates an opportunity to earn an extra qualification.

The final presentation was by ANHRD which emphasised on further studies, access and opportunities. The presentations served as an opening to the long awaited day for the learners.

The fair granted the learners the opportunity to have one-to-one conversations with the officials from the organisations and companies present and thus, cleared any uncertainties and established a connection.

In turn, the potential employers laid out their requirements and expectations for new recruits. This paved the way to have the learners enlisted as potential employees, so anyone who appeared to make the cut could be scheduled for interview at a later date.

Learners claimed to have been truly enrichened by the SBSA annual recruitment fair and thought it was ‘insightful’.

Tania Marie, who will be completing her studies from the office management and administration course, stated that “…each organisation had a chance to display what they are offering… the students were given the chance to apply or discover a post they are interested in. The event was very fruitful”.

In her closing remarks, a final year learner, Beverly Brioche, concluded that, “the success factor for Seychelles many years ahead is young people, educated people who are prepared to take key positions that form bricks in a sustainable future”. She advised her colleagues to seize the opportunity to register for their respective future jobs and take the first step in building their career.

The SBSA annual recruitment fair extended throughout the rest of the day with learners visiting different organisations based in classrooms and it was termed as a ‘fruitful day’ by the majority of the learners and participants from the world of work.

The accompanying photographs show some highlights of SBSA’s recruitment fair. 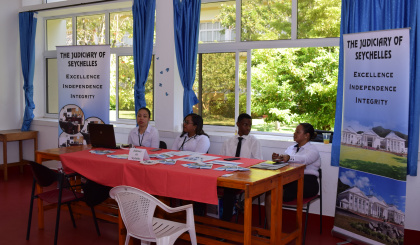 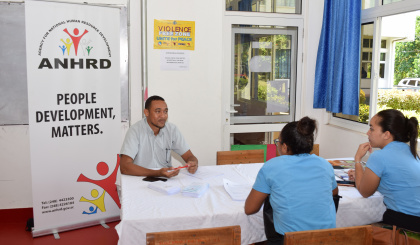 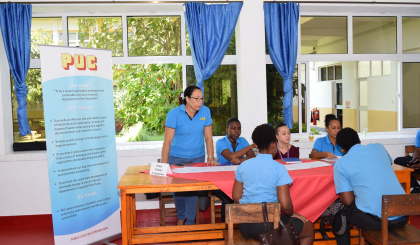