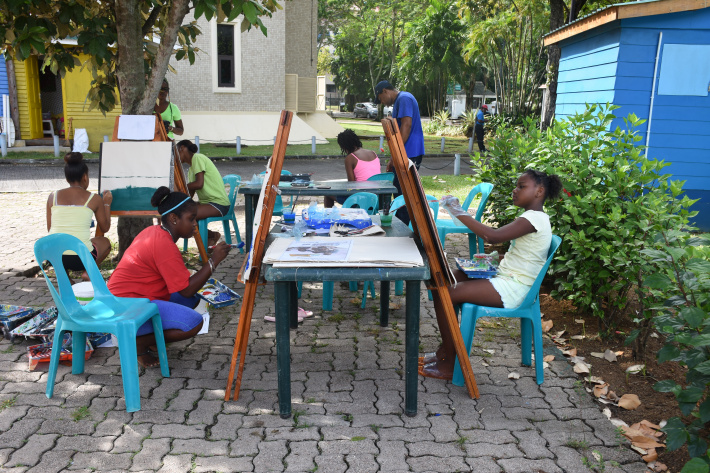 A group of pupils of Plaisance, Mont Fleuri and English River secondary school are undertaking a recycling, drawing and painting programme, under the leadership of artist and sculptor Robert Alexis, at Carrefour des Arts on Saturday mornings.

The programme kicked off on Saturday November 9 and is scheduled to continue through December with a small exhibition of the pupils’ work next year.

As explained by Mr Alexis, the programme, which is being funded through the National Arts and Culture Fund (NACF), under the department of Culture, was originally intended for recovering drug addicts but Mr Alexis was forced to change his plans after experiencing difficulties with them, noting that he even went as far as planning a two-day art event at the Roche Caiman community centre but that none of the programme participants turned up.

The focus of the programme is to incorporate as much recycled objects and raw materials in the artwork with the central theme being the creole identity and traditional objects and the traditional ways of life.

“I want them to be able to express themselves in relation to the traditional objects. I enjoy teaching even if I only have one student but last week there were 10 students and they all seemed to enjoy it very much,” Mr Alexis stated.

Two more sessions are scheduled on Tuesday December 10 and Wednesday December 1, although Mr Alexis noted he wants to replicate the project at the prison next year. He is also considering getting recovering addicts involved through art again but this time by bringing the sessions closer to them, at methadone dispensaries.

“It is important to give back and art is a form of expression which is powerful. As an art teacher, you can read your pupils’ emotions through their art works,” he noted.

Mr Alexis is a fine-art artist who also makes sculptures from scrap metals, who says he draws inspiration from the world around him.

Judisha Landry, a S3 student of Plaisance secondary school was during Saturday’s session adding colours to a sketch of a traditional wooden house scene.

“The programme is interesting and is helping me to develop my artistic skills. I like art class at school and I am also enjoying these sessions and getting to know the other pupils.”

The accompanying photographs taken by our photographer Jude Morel show some highlights of the Saturday session. 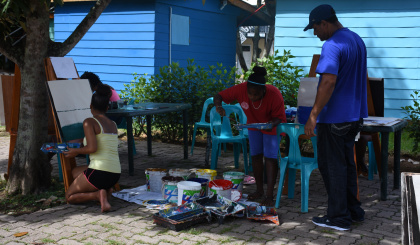 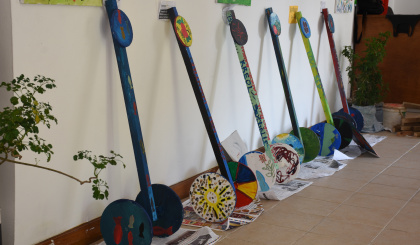