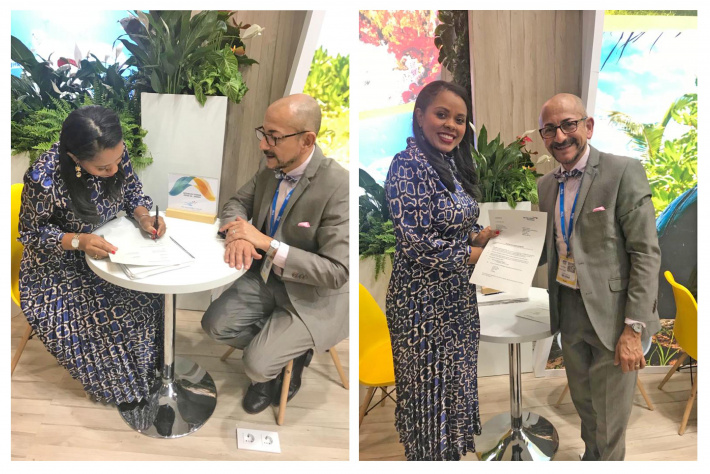 The signing took place earlier this month during Seychelles’ participation at the 40th World Travel Market (WTM) in London.

The newly signed agreement follows the contract signed in 2017, prior to the start of direct flight to the Seychelles route including joint promotional activities between the two companies.

As a result of the signing of this agreement, Seychelles was heavily featured across the campaign, which ultimately led to a great first year of operation on the UK/Seychelles route for the airline.

On the Seychelles’ side, Mrs Francis mentioned that with STB’s participation to the 2020 January sale partnership with the airline, the destination is anticipating another successful campaign next year as the sale is also supported by a large media campaign.

She further mentioned that the STB’s commitment to the project is also an investment to ensure the Seychelles islands as a holiday destination stand out in the market at a time when other travel brands are also on sale.

“This agreement reinforces the collective business rapport between STB and British Airways. Since the airline has started flying again to Seychelles in 2018 the arrival numbers for the UK market has been increasing consistently to our mutual satisfaction. Our partner investment will definitely up-weight the campaign, which will provide an add-on to our image as a destination,” said Mrs Francis.

The campaign runs at a peak booking period on the UK and Irish markets.  As such, many airlines, tour operators and tourism boards including the STB choose to advertise heavily at this time to ensure we are at the forefront of the consumer’s minds as they plan and book their holidays for the year ahead.

The event, which was part of the engagements of Mrs Francis during her business trip in London, also focused on the collaboration of the two companies and their respective strategies.