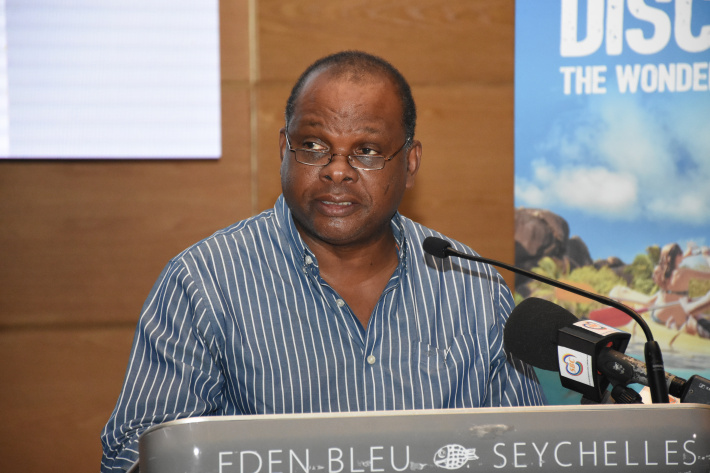 The third Seychelles Ocean Festival which replaces the previous Subios Underwater Festival, was officially launched yesterday by the Minister for Tourism, Civil Aviation, Ports and Marine, Didier Dogley, in the presence of the chief executive of STB, Sherin Francis, partners, students and other invited guests.

The Seychelles Ocean Festival is a platform showcasing the diverse marine heritage of the Seychelles and is organised by STB, in partnership with several other organisations and government bodies, to educate and increase awareness about the importance of the preservation of our marine life.

The festival has spread over a wide spectrum which includes everything that has to do with the ocean and where the government is incorporating the blue economy in the tourism industry.

“We islanders, our lives have always been intrinsically connected to the sea and oceans. Our relations with our water surroundings has been one of love, adventure, pleasure, respect and fear. But it has never failed us; it has always provided us with food, medicine, leisure and connectivity,” said Minister Dogley in his opening address.

He added that Seychelles for many years now has celebrated in one form or another its age-old connections to the surrounding ocean.

He recalled many of the events featured in its predecessor’s event, SUBIOS (sub-Indian Ocean Seychelles). In particular, he pointed out the wonderful evening spent watching underwater photography and films at the ICCS with his family.

“In exactly the same way that SUBIOS has evolved into today’s Seychelles Ocean Festival, our own connection with the Ocean is also subtly changing in line with the pressing demands of our times,” Minister Dogley remarked.

He added that Seychelles has been on the forefront of the global efforts to protect the ocean. Through its innovative debt for nature and climate adaptation initiative Seychelles has spearheaded a new mechanism for financing ocean conservation. Today, we are being paid to protect 30% of our Economic Exclusive Zone. While we as a small island developing state are striving to be the conscience of the world, we are also punching way above our weight through our innovative actions.

Earlier this year, President Danny Faure made a plea to the citizens of the world at 122 metres below the sea in an effort to raise awareness about the deadly impact climate change is having on our oceans and ultimately our planet.

President Faure said to a backdrop of what he described as ‘the beating blue heart of our planet’.

“The sea has a special relationship with all of us. It keeps the planet alive. It keeps us alive, and it is clear to me that it is under threat like never before. This is a feat that no other head of state or head of government has ever done. This is leadership at its best.”

Another innovative economic model based on the ocean’s economic potential that Seychelles has championed is the blue economy. The strategies underpinning the blue economy are highlighting a wiser and more far-sighted vision for the sustainable use of our marine resources via such vehicles as marine spatial planning which, in itself, will hopefully ensure a greater degree of sustainability in the years to come.

But besides the relevant government departments, the NGOs and the other agencies who each play crucial roles in determining the future complexion of our ocean and its utilisation, there is a great deal that the wider public can, and must do, to protect the ocean and its treasures upon which we all depend and upon whose sustainable use future generations will be entirely dependent.

We cannot simply rely on dazzling new technologies to save us from ourselves and our heedless actions. Rather, we must take pains to ensure that, at a deeper level, our own mindsets are in kilter with the sustainable attitudes and practices now gathering momentum across the globe to protect our seas from irresponsible use.

“I look forward to a time in the near future when the Seychelles Ocean Festival can rise from its humble beginnings to become a champion of this cause and also a powerful vehicle for the sensitisation of us all as well as a catalyst for determined, communal action throughout society and in every walk of life towards the protection of our exceptional water worlds,” concluded the minister.

The festival involves a series of activities portraying the island as the ideal destination for the ultimate marine experience. These will include a raft race at Baie Ternay, clean up of the Beau Vallon beach, among many others. 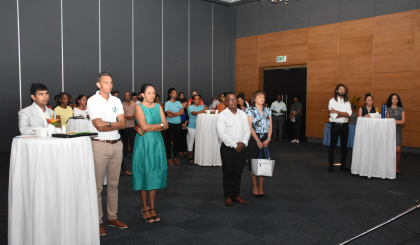