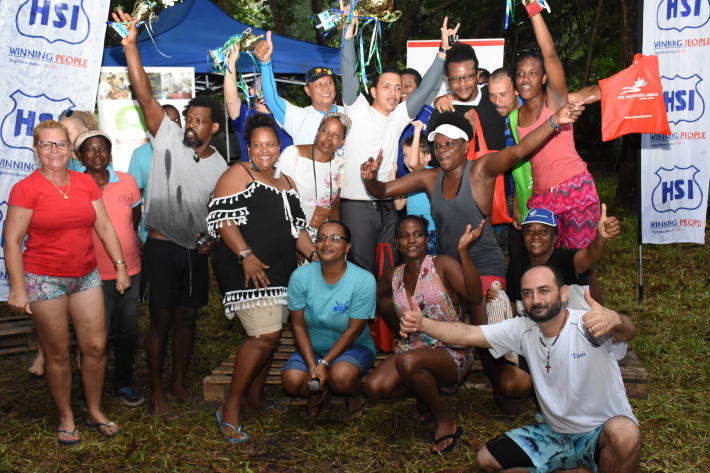 The 2019 annual raft race took place over the weekend with Skychef taking the winning trophy home for the second year in a row.

In total 20 organisations took part in the race with Cable and Wireless Seychelles finishing in the runner-up spot and the National Council for Children coming in third.

The event saw some innovative raft designs made of recycled plastics.

Last year a team from Constance Ephelia Resort participated with a raft made almost entirely of PET water bottles.

This year, 25 rafts undertook the 1.6km challenge across the beautiful marine park. Last year’s winner, Skychef, who completed the race in a record-breaking 27 minutes 57 seconds, beat their own record this year by seven seconds.

“We wanted to retain our title as champions,” said Joey Palconit, maintenance manager at Skychef who also designed the raft.

He added that they used the same raft as last year and just added a few things here and there.

Dylan Loizeau, Tzoni Fantel, Mario Tamboo and Nelges Boniface, the four rowers, commented that the race was more difficult last year as it was their first participation. They added that it was intimidating but they tried their best and in the end they came out in front.

Franky Baccus, product and service manager at Cable and Wireless, noted that they have been participating in the raft race for a few years now.

“The race itself was a bit difficult this year because most of the team came out with better rafts. What we did differently this year was to work on our raft so that we had more stability,” he said.

The team used 250 litre barrels recycled from a farm, PET bottles and water bottles from Cable & Wireless as well.

“We have been training for three months to make sure that everyone is synchronised,” ended Franky.

“The main aim of the raft race is to raise funds for the President’s Village as well as boost the visibility of the Baie Ternay marine part who turned 40 this year,” said Isabelle Ravinia of SNPA.

She added that SNPA also wants to encourage the general public to develop a culture of recycling as all the materials used for the rafts are recyclable.

“This year the teams were very competitive and the rafts were almost perfectly made. We also had some new teams participating and we are very happy with the turnout. What is also interesting about this year’s race is that part of the money raised will also go towards the winning team for a charity of their choice,” said Ms Ravinia.

SNPA has put in great effort into fundraising this year, as the winner obtained a portion of the funds raised to donate to a charity of their choice.

Besides 1st, 2nd and 3rd place winners, prizes were also awarded for the most innovative raft which went to Sustainability for Seychelles for their raft made of water bottles. Best costume went to Seychelles Sailing Team with their Moana adaptation and the prize for the most funds raised was given to the Seychelles Fishing Authority for raising R4,851. 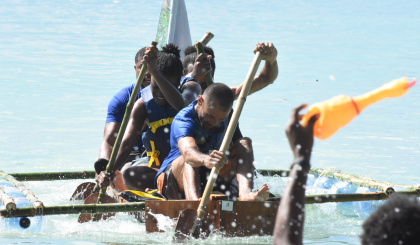 Some highlights of the race (Photo: Louis Toussaint) 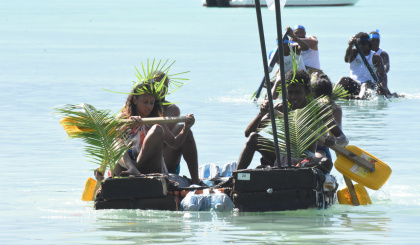