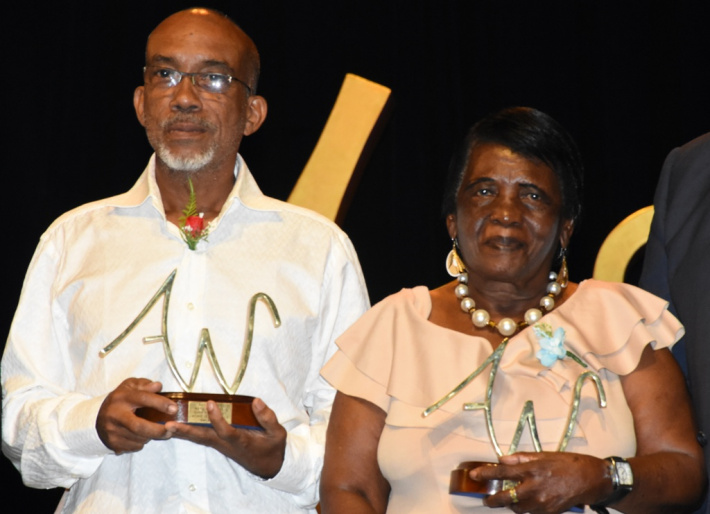 A group of artists who have performed extremely well in their respective art forms and those who have gone to great lengths throughout their lives to advance the development and uphold our cultural values and traditions have been duly recognised and rewarded.

Marie-Madeleine Matombe and Egbert Marday have clinched the female and male Life Achievements Awards respectively in recognition of their remarkable efforts and initiatives to protect and preserve our cultural and traditional values and different art forms.

Well known for her efforts in promoting the traditional romance and kanmtole in the Anse Boileau district together with her children Brian and Marietta Matombe, Marie-Madeleine Matombe said she was happy that after so many years her work and effort have been recognised.

‘’I am really happy. Look at me now, at 87, I cannot tell how happy I am that I am accepting the award after all these years. I am really happy and content and if I were to go any time now I am happy I have done my part to preserve what is our tradition and culture,” said Mrs Matombe.

For Mr Marday he was visibly surprised because he said he was not expecting to win in view of the many heavy weights in his category.

“But I am overjoyed, happy and privileged that so many years dedicated to my passion for art and the work I have produced have been appreciated, recognised and my hard work rewarded,” said Mr Marday.

There were 19 categories covering different art forms which are being practiced by local artists and these were divided into 3 main sections. The first (12 awards ) were open competitive awards as per criteria set for judging, the 2nd were Jury Awards (five) and they were lifetime achievements dedicated to artists and the 3rd also a jury decided section but which honours people who are not necessarily artists but who helped in art and culture development.

The jury Artisan Award which rewards an artisan producing originals and made in Seychelles products, went to Donatien Freminot and the two other nominees in the category were Florent Servina and Mickey Arnephy.

The jury Tradition Award for people upholding traditional values in all forms went to re-known Diguois Fernande Ladouce who is the architect of the ever popular Madilo dance. Other nominees in the category were Donatien Freminot, Keven Valentin, Hansley Constance, Marie-Madeleine Matombe, Andreix Rosalie.

An emotional Ms Ladouce now in her 80s, accompanied by one of her daughters due to her age, said she is so happy and touched to receive the award after so many years doing her best to promote and preserve the Madilo dance, a trademark of La Digue.

The Literature Award went to Tony Joubert aka Raspyek who outshone the two other nominees Maggie Faure Vidot and Loura Barra.

The Artistic Director Award went to Raymond Clarisse and the two other nominees in the category were Ruth Barbe and Virna Fanny.

In the dance category the award went to Ruth Barbe while the other nominees in the category were L’Echo Band, and Virna Fanny.

Johanna Didon clinched the award in the fashion category in front of Darren Esther and Terry Carolla, the two other nominees in that category.

Young Johnny Volcère was the award winner in the Film & Audio Visual category while the other two nominees in this category were Rupert Dogley and Trevor Bristol.

Michel Desnousse won the award for photography outshining Richard Ally and Johnny Volcère the two other nominees in the category.

The award for theatre production went to Angelin Marie and the only other nominee in that category was Loura Barra.

George Camille, well known and established artist won the award for visual arts in front of the two other nominees in this category Daniel Dodin and Nigel Henri.

The Local Honorary Award went to Marcel Rosalie who was not present and his award was accepted by the chief executive of National Arts Council Jimmy Savy. To be noted the other nominees in this category were Sylvette Pool, Andreix Rosalie, Joe Samy, Patrick Pillay and Hansley Constance.

Daniel Delore, well known Mauritian singer and musician who has striven to promote Seychellois musicians and our music internationally, clinched the International Honorary Award which was received in his absence by Gerald Barbe. The other nominees in this category were George Michel, Colette Gilliot, Fernande Ladouce, Eudoxie Labiche, Marie-Madeleine Matombe and Antoinette Savy.

The 2nd Arts Award was organized by the National Arts Council (Nac) with its main sponsor being Absa Group as well as several other sponsors.

Speaking after the ceremony, the CEO of Nac, Jimmy Savy, said it has been a good ceremony which has gone just as planned and he has commended the jury for a difficult job well done.

“I believe it was not at all easy for them but I am happy with the end results. I am also happy that for the life achievements award we have managed to convince those people to come forward and submit their profiles to be recognised. It was not easy. But in terms of participation more artists have to come forward and submit their profiles which we are encouraging them to do. We will continue to encourage them for the next award in two years’ time,” said Mr Savy. 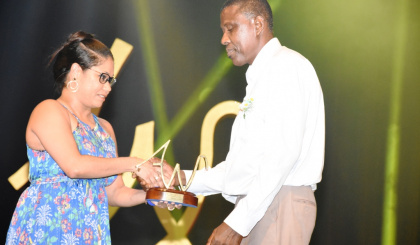 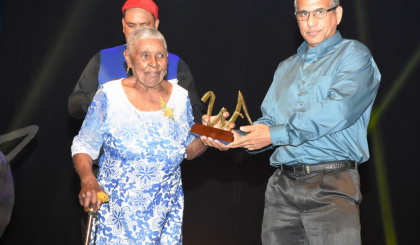 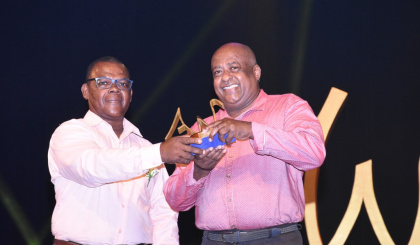 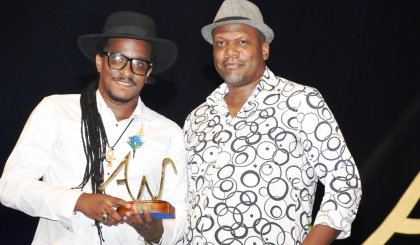 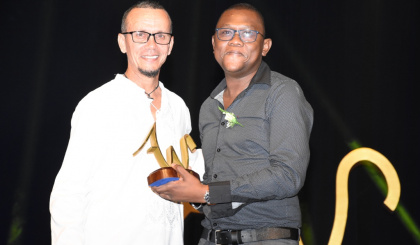 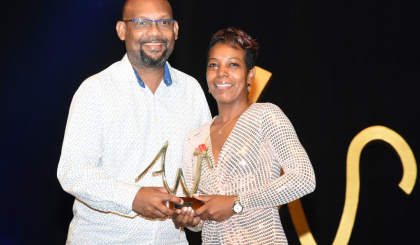 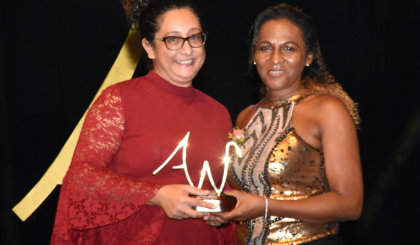 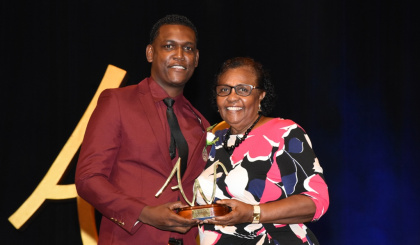 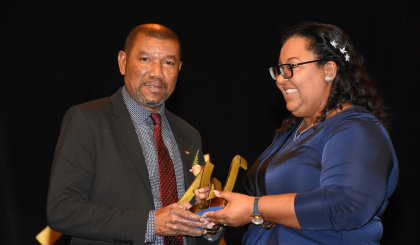 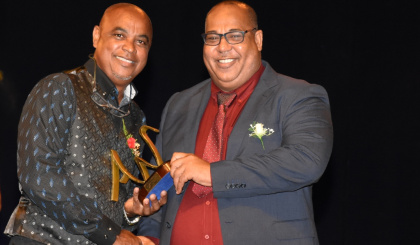 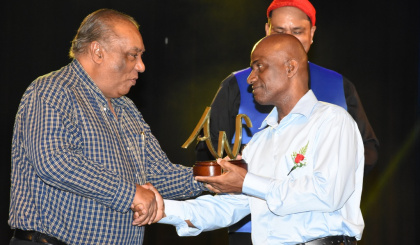 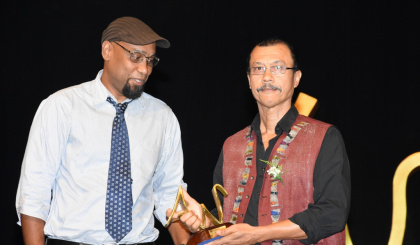 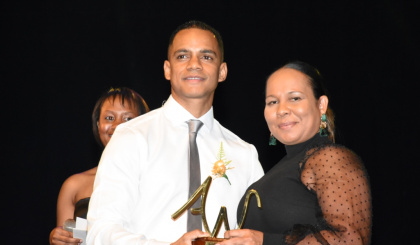