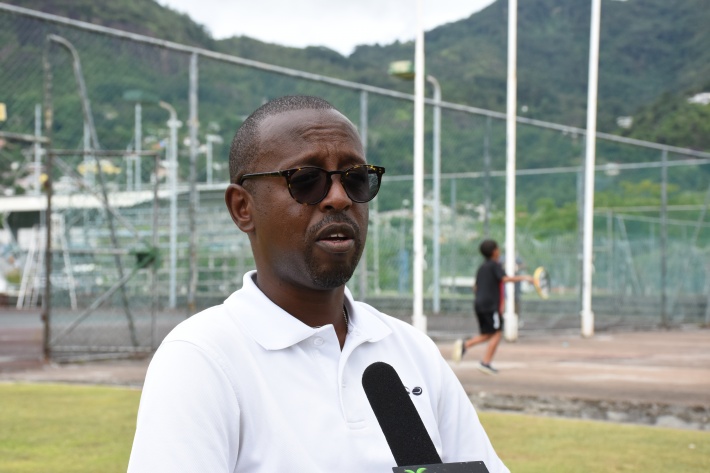 The first good image about women in tennis in Seychelles is that the sport’s local governing body is under the leadership of a woman International Tennis Federation development officer for East and Central Africa, Thierry Ntwali has said.

Mr Ntwali was recently in the country as part of his normal visits to help the national federation to develop and asses its development programmes and also to make sure that the national association is waking and developing tennis in the country.

He noted that more educational programmes are now needed to encourage more women to join tennis.

This, he said, is also a priority of the International Tennis Federation (ITF) to bring more parity in the sport and with Fatime Kanté as the leader, it will be easier to come up with more programmes to encourage more girls and women to join tennis.

Mr Ntwali congratulated the new leadership and promised to work closer with them to identify the different priorities and come up with new programmes that need to be followed for the development of tennis in the country.

During meeting with the Seychelles Tennis Association (STA) executive committee, Mr Ntwali said they have specified the various priorities that need to be tackled and since Fatime Kanté, now the chairperson of the STA, was an elite athlete, the development programme should be based on producing better players.

They also discussed on how the ITF can help in boosting the existing development programme to come up with more quality players fit for international competitions.

Mr Ntwali also added that one of the top priorities of the ITF is to help the STA to repair the deteriorating courts and also to set up a national training centre which will give opportunities to the best players to train for a minimum 15 hours per week.

During his visit, Mr Ntwali also paid a courtesy visit to the chief executive of the National Sports Council (NSC) Jean Larue.

He has also commended the STA for constantly taking part in international events at regional and continental level, giving the young players exposure and experience to boost their performances.

Mr Ntwali has been heavily involved in tennis in East Africa for the past decade, working for the Rwanda Tennis Federation and the National Olympic Committee of Rwanda and he has also fulfilled roles such as Davis Cup captain, national coach and coordinator for the ITF Junior Tennis Initiative in Rwanda.