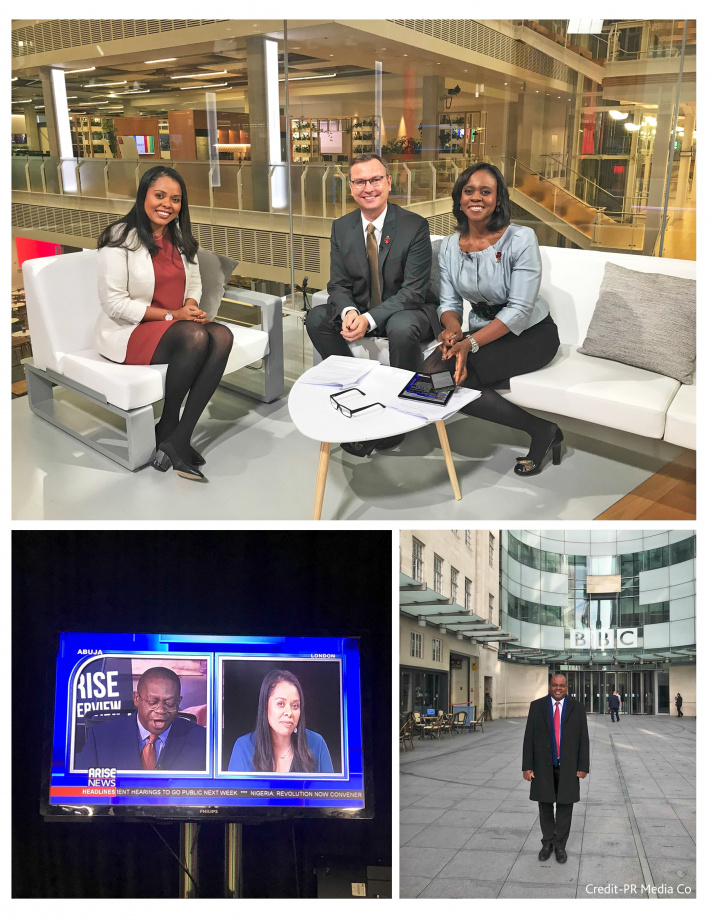 To read the story in full, please buy a copy of the newspaper or subscribe to Seychelles Nation app. Contact: jannick.pool@nisa.sc, nisasales@email.sc

The press meetings aimed at urging the UK and other countries to join the fight against climate change, focused on raising the alarms about the various effects of the global warming, particularly the vulnerability of destinations such as the small island nation are facing with the rising water levels.

Seychelles is a pioneer in the Indian Ocean and the world through its continuous actions in reinforcing its national policies for conservation.

As pioneers, Seychelles continually takes steps towards cementing its national climate change policy, meaning that the targeted 30% consensus of protecting the sea will be met 10 years earlier than scheduled, according to both Minister Dogley and Mrs Francis.

During a live interview with BBC Africa, Minister Dogley, a former minister for Environment, Energy and Climate Change, explained the impacts of climate change on the lives of the Seychellois people.

He further commented on how his environmentally conscious home nation is a model for sustainable tourism with its array of unique sites.

Minister Dogley further revealed that in such a world where unspoiled natural land and seascapes are becoming a rare asset, it was a real pleasure to see European countries and destinations, including China and India, getting on board with the movement.

In previous interviews, the minister had said that Seychellois people have no choice but to sustain and maintain their environmental standards, out of sheer necessity.

Spreading a similar message, Mrs Francis recounts driving through inundated roads, on the East coast of Mahé, in order to get to work.

Mrs Francis was interviewed across November 7 – 8 by the BBC (World News and Wildlife), as well as Sky News, Arise News and City Metric. Her message was clear: “Be our ambassadors when you leave the Seychelles, and spread the word about climate change”.

Speaking candidly, the chief executive also stated that the shared vision between the government and STB, and the actions taken to iron out climate issues, has promoted an eco-warrior mentality across the generations.

Some of the more talked about achievements discussed by Mrs Francis included the ban of single use plastics, which came into effect in 2018, and the campaign aimed at reaching out to potential holidaymakers.

With Britain being the fourth largest European incoming market, after Germany, France and Italy, visitors are encouraged to join in on beach clean-ups, wildlife tagging or planting coral.