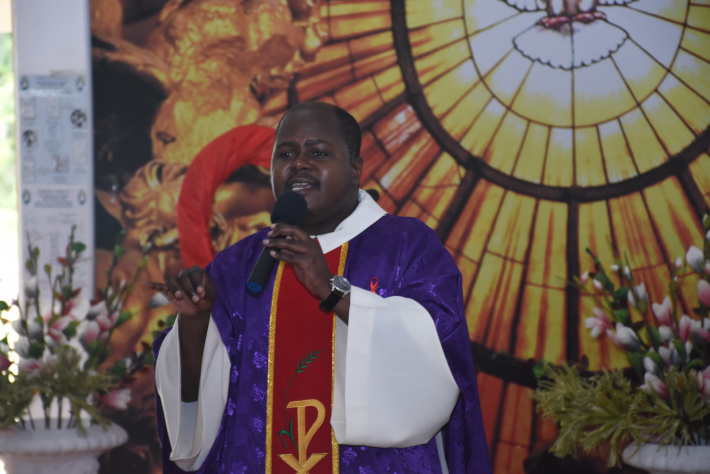 World Aids Day, which takes place every year on December 1, is an opportunity for people to unite in the fight against HIV/Aids, to show support for people living with HIV and to commemorate those who have died from an Aids-related illness.

In this spirit of togetherness, the parishioners of the Roman Catholic Chapelle de Saint Esprit at Perseverance, gathered at the chapel for a special mass, organised by the National Aids Council in collaboration with the Ministry of Health, to commemorate the day.

Everyone present was offered a red ribbon, the symbol for the solidarity of people living with HIV/Aids, which they pinned to their clothes.

The service was presided over by the parish priest, Father Louison Emersick Bissila.

In his sermon of the day, Father Louison stressed on the importance of caring for people with HIV/Aids, and not to isolate ourselves from them, since caring for the sick means that we are opening our hearts to Jesus Christ and receiving his blessings.

“Nobody knows when the Son of God will come back but he will come back; although nobody knows the hour or the day. You and are I are in the new advent, we are looking forward to the second coming of the Lord,” Father Louison preached.

To substantiate his sermon, Father Louison quoted the gospel of Matthew chapter 25, verse 35-40 in which Jesus is claimed to state ‘For I was hungry and you gave me something to eat, I was thirsty and you gave me something to drink, I was a stranger and you invited me in; I needed clothes and you clothed me, I was sick and you looked after me, I was in prison and you came to visit me.’

“This shows that Jesus is living through those who are poor and who are suffering. It is hence not difficult to make the connection between this teaching and the World Aids Day because it shows that Jesus can come to you through people who are living with HIV/Aids and how we choose to treat them reflects our love for God,” Father Louison stated.

He stressed that a Christian is not only someone who takes the Eucharist and attends church frequently but one who practices the Christian morals of love and compassion in their daily habits.

The mass was followed by a fun day held in the Mercy Square, next to the chapel, where people were invited to do their HIV tests and education materials were distributed by health workers to enlighten people on the importance of knowing their status.

Organised with the aim of bringing the community together to discuss and address HIV/Aids, the activity also included face painting and sales of food and beverages.

A total of 120 newly diagnosed cases of HIV were detected in Seychelles in 2018, of which 41 were female and 79 male.

For the same year, a total of 23 new Aids cases were recorded, an increase from the 18 Aids cases detected in 2017.

Members of the public are urged to check their HIV/Aids status regularly. 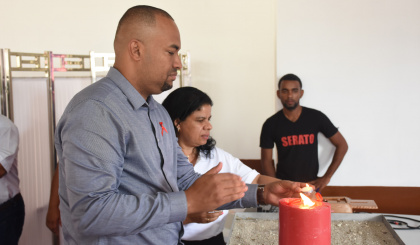 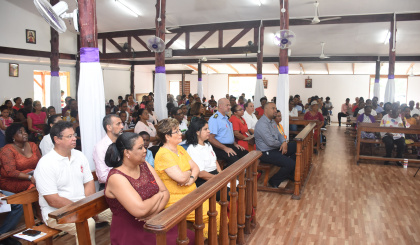