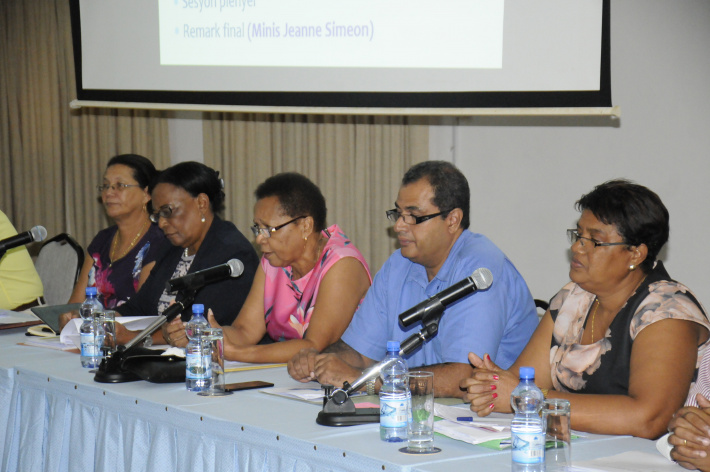 The education panelists and audience during the meeting for the central region of Mahé (Photos: Thomas Meriton)

The Ministry of Education and Human Resource Development on Friday organised its first regional meeting on Mahé, specifically for the central region.

It is however the third meeting to be organised so far. The first and second meetings were held on La Digue on Friday November 22 followed by Praslin on Saturday November 23.

The meeting on Mahé will be followed by other meetings in the northern, western, eastern and southern parts of the island.

Also present were the head teachers and school council members from the respective schools.

In her opening remarks to kick off the meeting, Minister Simeon noted the importance of the theme, ‘Education: A shared responsibility’, which will be at the focus of this year’s regional meetings.

“We appreciate your contribution because the education ministry cannot accomplish everything by itself […] It is a concerted effort, a shared responsibility between parents, communities and other partners,” Minister Simeon highlighted.

“We are back here, like last year, to consult with our partners and stakeholders as well as to share with you our accomplishments over the course of this year and talk about the projects we hope to undertake in 2020.”

She explained that many of the concerns and issues raised during last year’s regional meetings were taken into account, discussed and addressed by the ministry during 2019, although not all have been finalised.

Following the various presentations by the ministry officials, parents were invited to voice out their concerns and provide their recommendations. 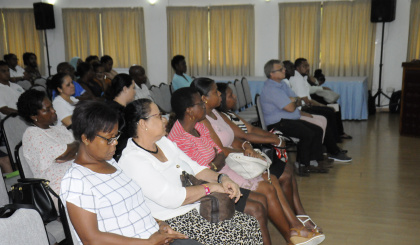