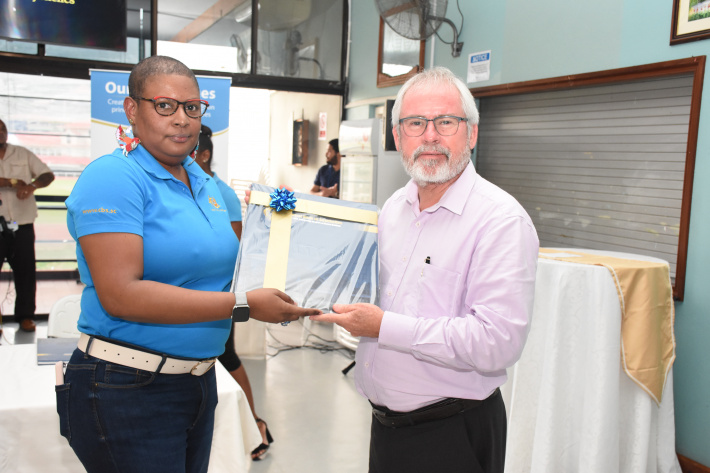 In commemoration of its 40th anniversary, the Central Bank of Seychelles has published a commemorative book, detailing the history and numerous milestones of the institution over the past four decades.

The book was launched in a ceremony held at the Central Bank of Seychelles (CBS) building in Victoria on Friday afternoon, the culmination of one year of activities to mark the 40 years since the establishment of a central banking institution in Seychelles.

It was in 1978, a mere two years after the country gained its independence, that the Seychelles Monetary Authority, the precursor to the Central Bank of Seychelles, was established.

The commemorative book showcases the former and current board of directors, as well as the governors who have been at the helm of the institution over the years, to date. It also provides an overview of the origin of central banking in Seychelles, including the creation of the Seychelles Monetary Authority and subsequently the birth of the Central Bank of Seychelles as it is known today. The book also focuses on the key highlights and milestones that have transpired thus far.

Addressing the staff and guests present at the launch, Central Bank governor Caroline Abel recounted the journey that the bank has gone through, adding that numerous trials have been overcome to accomplish countless triumphs.

“This book is not a literature piece, but is one that showcases the aspiration, vision and team spirit of the people who have always been and remain the backbone of this institution. I am hopeful that it will also serve as reference on the core symbols that define the Central Bank of Seychelles, not only for the CBS family, but also for our stakeholders and the general public,” said Ms Abel.

The governor also signed a copy of the commemorative book, after which copies were presented to the Minister for Finance, Trade, Investment and Economic Planning, Ambassador Maurice Loustau-Lalanne and other individuals and representatives of organisations who have contributed towards the realisation of the book.

A copy of the book has been presented to the President Danny Faure and copies will be made available to the National Assembly and the National Library.

Communiqué from the Central Bank of Seychelles 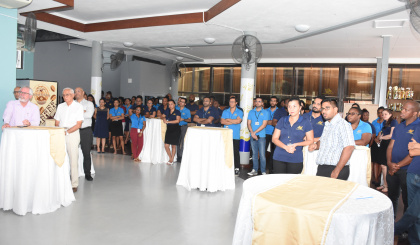 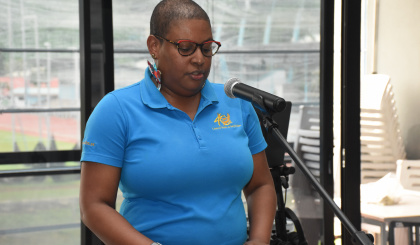