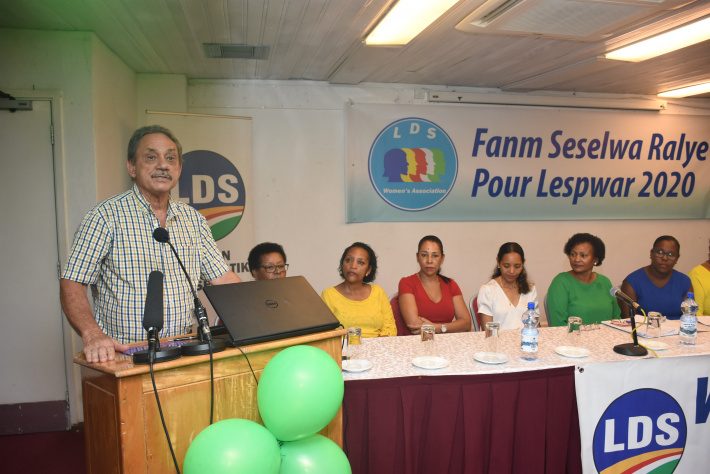 Seychellois women have been urged by the women’s association of the political party, Linyon Demokratik Seselwa (LDS), to come together to make a change in the country and bring about a new source of hope in 2020.

The call was made during the 2019 annual convention for the LDS women’s association held on Saturday and which gathered LDS’ female representatives and activists from each district.

The congress, held at the ICCS, was centered on the theme ‘Fanm Seselwa: Ralye pour lespwar 2020’ and was officially launched by party leader Roger Mancienne.

The event was one which invited reflections on the aspirations and roles of not just LDS female supporters, but all Seychellois women, in the development of their country.

In fact, various presentations were made in regards to topics such as the importance of strong and empowered women, impacts of the high cost of living, the scourge of drugs on communities and families and the health system.

The women were able to express how they hope these situations can be resolved in 2020, preferably with a change in government.

In his opening remarks, Mr Mancienne praised the various colours of clothing worn by the women’s committee – blue, yellow, red, white and green, which depicts the Seychelles flag – noting that this demonstrates that LDS looks beyond someone’s political affiliations.

He stated that political colours have historically divided the country, wherein some people supporting a certain party were wary of wearing red and others of wearing green.

“Today, I am proud that LDS is breaking these habits,” he stated.

“It is important for LDS to have an active women’s association. We count on you a lot especially in helping organising activities that drives our yearly programmes,” he further stated.

“It is a necessary pillar of our party and hence we need to know your aspirations and bring your contributions to the presidential campaign in 2020.”

Mr Mancienne explained that the convention had been planned around the party’s presidential and vice-presidential candidates, but noted that presidential hopeful Wavel Ramkalawan could not attend due to an urgent meeting in South Africa.

Nonetheless, Mr Ramkalawan made his presence felt via a special video through which he addressed the audience present.

“I am fully confident that the LDS women will be the ones leading our success[…] you are truly the pride of our party and a source of encouragement for all our MNAs and our districts,” Mr Ramkalawan said.

The convention also included an overview of the association’s activities over the course of 2019 as well as a presentation on its financial report.

Desheila Bastienne, chairperson of the women’s association, detailed their activities in 2019 including an altruistic visit to the female patients at the North East Point Hospital on the occasion of Women’s Day in March.

She noted that, for 2020 and the coming years, the association is looking to organise many more similar activities that give back to the community such as blood donations. 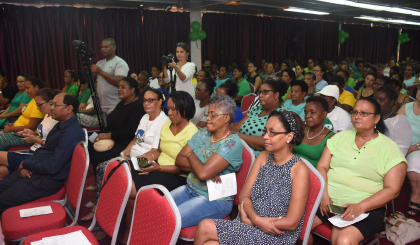