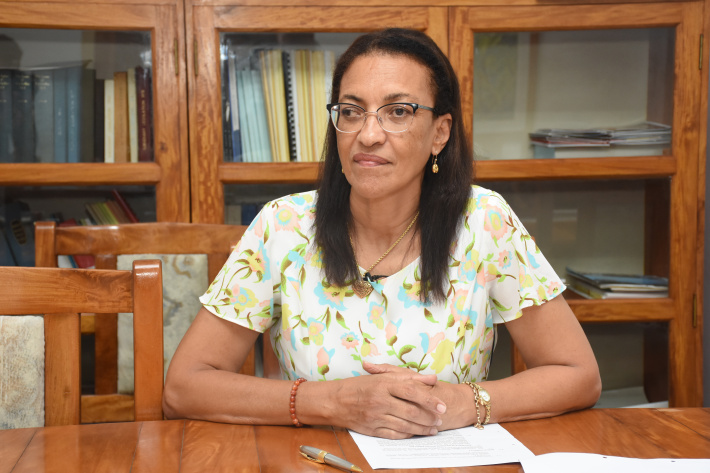 The Chief Secretary responsible for the public service, Jessie Esparon, has affirmed that the 5% supplementation allowance, recently approved by President Danny Faure, is “not illegal as it falls under the framework of an executive order”.

“When the government decides to pay an allowance, it is not bypassing the National Assembly. It is something that the executive can approve administratively since allowance is not covered under a law like salaries,” Ms Esparon explained in a press conference yesterday.

The supplementary allowances will be funded through the R62 million that was budgeted and approved, under the headings wages and salaries, for the 2019 salary increase as per the 2019 Public Service Salary (Amendment) bill.

“This money can be taken to pay for the allowance; as long as the budget was approved then we can use it,” she noted.

The payments under this allowance will be made with the December 2019 salaries and public employees are expected to receive a significant amount of money in their wallets since they will be back-paid as of April 1, 2019, when the public service salary table amendments were supposed to take effect.

Employees who joined the public service after April 1 will receive the supplementary allowance from the date of their employment and the allowance will also apply to employees who will join the service as from January 2020 and onwards.

Those working in non-core and outsourced services will also benefit.

The supplementation allowance is however not binding on public enterprises.

The 5% supplementation allowance is the direct result of an impasse between the executive and the legislative over how the 5% increase, prescribed by law, should be distributed and which then led to the quashing of statutory instrument (SI) 18 of 2019 by the National Assembly, and a subsequent court case filed by the executive.

On Friday, November 29, the Constitutional Court took a decision to dismiss President Faure’s petition, ruling that the National Assembly was acting within its constitutionally vested legislative powers when it annulled SI 18 of 2019.

“It was the government’s intention to provide the public servants with a 5% increment which would have been reflected in their basic salary but due to the difficulties we encountered in getting the new salary table approved by the National Assembly we decided to introduce the allowance,” Ms Esparon said.

“We found ourselves in a situation where the end of year is fast approaching and the salary table is not going to be approved in an instant, the government wished to keep its promise and provide them with an increment,” Ms Esparon said.

She noted that the government intends to present a new public service salary table to the National Assembly in 2020, which the public service committee is working on.

So what will happen to the supplementary allowance when and if the new salary table is approved in 2020?

“If we can get the table approved, our intention would be to incorporate the supplementary allowance into employees’ basic salaries,” Ms Esparon replied.

Since the R62 million was to be used in 2019, the budgets that will be allocated to fund the 5% supplementary allowance in 2020 are to be approved by the National Assembly.

Ms Esparon said that her department is hopeful that this will be the case.

It is to be highlighted that Constitutional appointees and other public servants whose salaries are regulated and defined by law will not avail of the supplementary allowance.

The non-eligible public servants include the president, vice-president, designated minister, minister, the chief justice, President of the Court of appeal, judges and justices of Appeal, the speaker and deputy-speaker, leader of government business, leader of the opposition, MNAs, chairperson and members of the Electoral Commission, chief executive and members of the Anti-Corruption Commission, ambassadors and magistrates.

It will also not be applicable to chairpersons and members of various commissions such as the Human Rights Commission or Truth, Reconciliation and National Unity Commission nor will it be given to the chief executive and deputy chief executive of the Agency for the Prevention of Drug Abuse and Rehabilitation (Apdar).

The circular distributed by the department of public administration makes no reference to secretaries of state in its long list of non-eligibility.