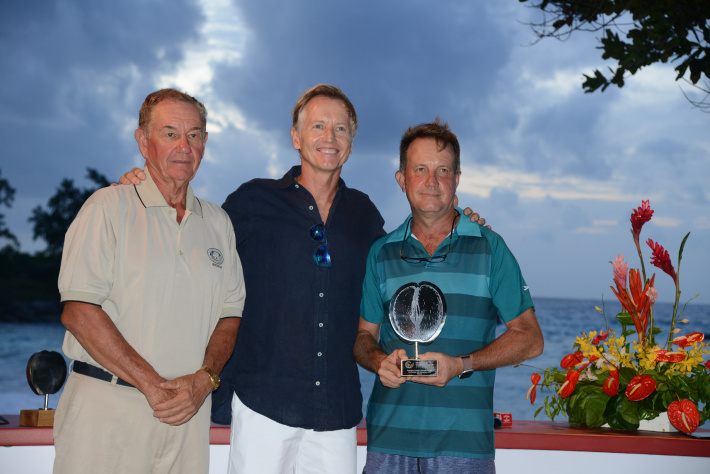 The ISPC team consisting of professional golfer Philip Golding and amateur Jonathan Paul are the winners of the ProAm competition counting towards the second leg of a three-destination competition – the MCB Tour Championship.

The first leg was played yesterday at the Constance Lemuria on Praslin.

The runners-up were team STB (Seychelles Tourism Board) made up of pro Tim Thelen and amateur Eddie Micock. Clark Dennis and Guy Adam completed the medals podium.

The ProAm round (net) played yesterday consisted of 48 teams, each comprising a pro golfer and one Seychelles resident amateur including junior players and female golfers.

The longest drive prizes went to Damien Hoareau (men) and Bridget Weaver (women), while the nearest to the pin award was won by Axel Andrade.

This is the second time Seychelles is hosting the prestigious regional golf competition after a first time last year when Roger Chapman triumphed.

A total of 48 players including defending champion Chapman, his counterparts Clark Dennis and Paul McGinley and other golf celebrities are expected to tee off the Constance Lemuria par -70, 18-hole golf course that spans over an area of 5,580 metres today for three days of intense competition in Seychelles. 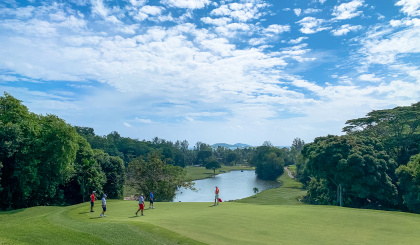