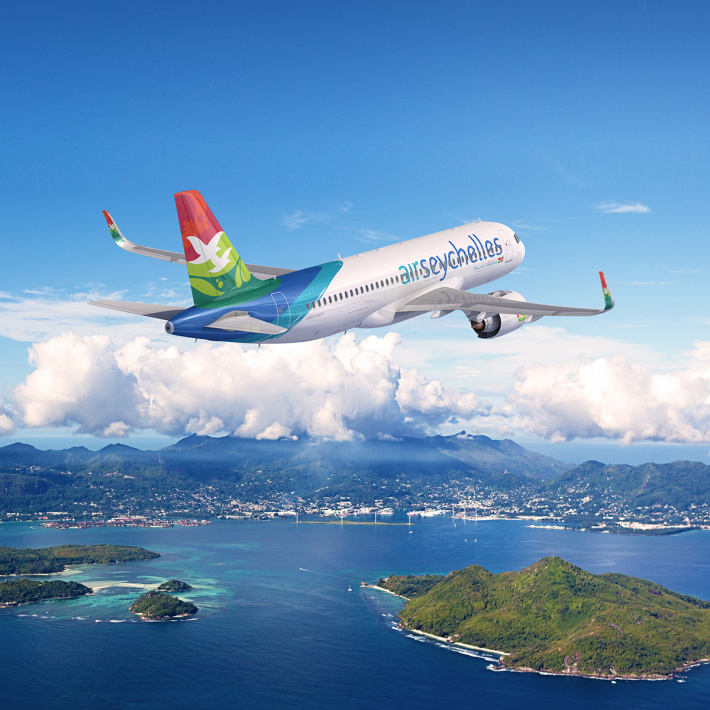 Air Seychelles has confirmed the delivery of its second A320neo aircraft in April 2020.

The new generation aircraft which forms part of the airline’s plan to refresh its fleet, will generate unbeatable efficiency, lowest operating costs and will significantly reduce environmental footprint.

Equipped with 12 Business and 156 Economy Class seats, similarly to the current A320neo aircraft, the latest addition to the fleet will also be named after one of Seychelles critically endangered birds, as part of the airline’s commitment to raise awareness about the protection of the Seychelles ecosystem and its endemic species.

In addition to providing increased capacity across the airline’s network, the newest acquisition will further improve the operational performance of the airline, allowing better schedule flexibility within the overall flight programme, especially when conducting the aircraft allocation plan according to a specific route, apart from standardising the galley equipment on board the aircraft.

Remco Althuis, chief executive of Air Seychelles, said: “The delivery of the second A320neo aircraft, will complete an integral part of the Air Seychelles business transformation plan, related to the entire refresh of the airline’s jet fleet.

“For the past three months, the overall on-time-performance of the current fleet has been operating at 83 per cent and by next year with the arrival of the second A320neo aircraft, we expect this performance to improve significantly.”

In August 2019, Air Seychelles became the first airline to take delivery and operate the first A320neo aircraft in Africa.

Following a successful three months of operation and having completed 298 flights, to date, the new aircraft has generated 20 per cent fuel savings on average per flight, with approximately 50 per cent reduced noise footprint and nitrogen oxides (N0x).