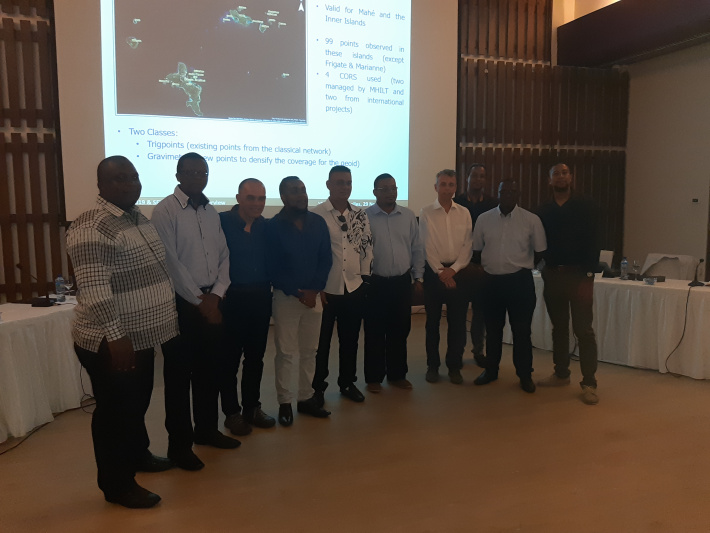 Members of the Geodetic committee

Higher accuracy when conducting survey works in the country is one of the main benefits reaped following a Geodetic Control Network Campaign conducted in the country.

The campaign, which took place in August this year, allowed the creation of a reference frame baptised Seyref2019 and a Geoid model called SeyGeoid 2019, which positions horizontal and vertical points respectively. These parameters make it possible to align any local data collected with similar data anywhere around the world.

The technical advisor in the Lands department of the Ministry of Habitat, Lands, Infrastructure and Land Transport, Ravi Valmont, explained that these results of the Geodetic Control Network Campaign is a major breakthrough for Seychelles as before it was difficult for local data collected through survey to be compatible with other similar data collected in another parts of the world.

“This is a major step for surveying in Seychelles, because we will now have higher accuracy. Before we used conventional techniques such as triangulation method, whereas now we are able to use new technologies and we now have points set up to capture the exact coordinates,” asserted Mr Valmont.

During a one-day workshop at the Avani Barbarons Hotel on Friday November 29, 2019, two experts working with the local team for the campaign, Professor Rui Fernandes and Dr Machiel Bos, explained in detail the various stages when going about the Geodetic Control Network Campaign until they reached the final results.

The main challenges they explained was the fact that this was a first exercise of its kind in the country.

The weather conditions and peak mountains was also described as challenges when compiling necessary data for the campaign.

The workshop ended with discussions among participants on the best way to use the new information gained following the campaign so as to enhance engineering and survey works practiced in Seychelles.

Mr Valmont, who is also the chairman of the Geodetic Control Network Campaign committee, presented to Minister Pamela Charlette a copy of the results of the campaign during the opening ceremony of the workshop. 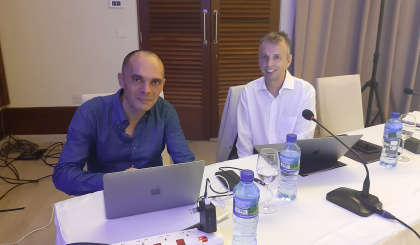 Professor Rui Fernandes and Dr Machiel Bos, the two experts working with the local team for the campaign 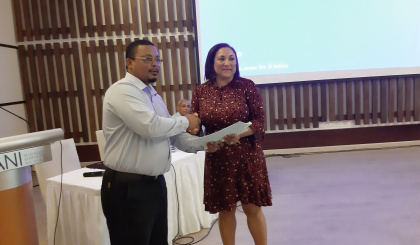 Mr Valmont presents a copy of the results of the campaign to the Minister for Housing, Lands, Infrastructure and Land Transport Pamela Charlette