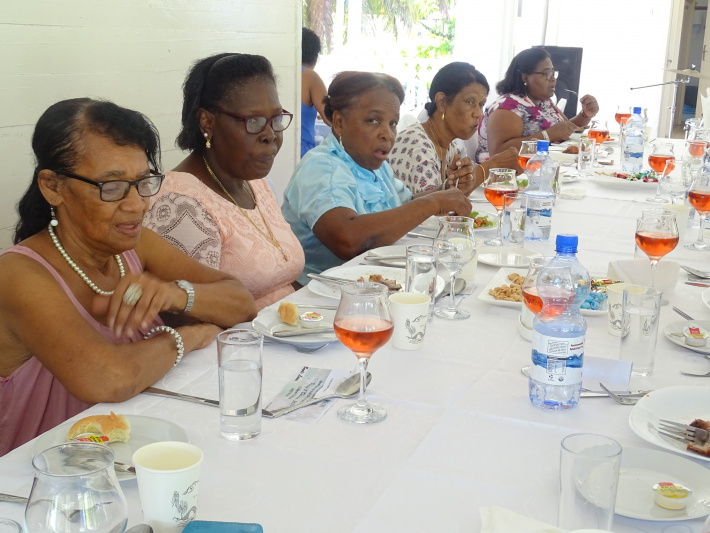 A partial view of guests at the ‘Banke Nwel’ on Sunday (Photo source: SHF)

A ‘banke Nwel’ was organised on Sunday at the Pomme Canelle Restaurant at the Domaine de Val des Près.

It was a collaboration between the Seychelles Heritage Foundation (SHF), the Living Heritage project participants and the Pomme Canelle Restaurant.

The aim of this activity was to bring back a tradition that has disappeared, which is the Creole banquet.

Traditionally, a ‘Banke’ was organised in the past among the high class society families of Seychelles around a long table. But when there are bigger functions, more tables are added in the shape of an L.

“Usually we all sit at the table and have people serving us. The ‘Banke’ usually consisted of three to four courses. The starter, or ‘entrée’ was usually a fish soup (bourgeois or vielle) or baked job fish (which could be replaced by barracuda (bekin)), followed by a roast, usually chicken or duck, accompanied by lettuce and tomato salad, and bread,” explained Cindy Moka, senior project officer at the Research and Project Management section at the SHF.

The second course was usually a curry, which could be beef or chicken, but more often than not, was pork. This could be replaced by the local ‘beef’, which was tortoise meat, especially at weddings and the third plate usually consisted of a stew accompanied by rice and cucumber salad.

The desserts consisted of caramelized papaya (papay tournen) and creole cake (gato kreol). Other types of creole desserts included tangy fruit salads made from mango, golden apple (frisiter), and other less abundant fruits such as guava, local apple and soursop (korsol). Fondants are also made from sweet potatoes, but by far the most popular Seychellois desserts are the different types of ‘ladob’ (la daube in French), usually comprising starchy foods such as plantain, breadfruit, sweet potato, cassava, or yam, cooked in a mixture of coconut milk, and seasoned with sugar and/or salt.

A ‘Banke’ has some rules to follow such as how to properly set the table and about the service also. People used to dress in their best suit to attend a ‘Banke’ and it was in our culture to respect all these rules.

For the event held on Sunday, the menu looked like this: Starter - Fish soup (bourgeois or vielle) and baked job fish with mayonnaise (which could be replaced by barracuda (bekin) 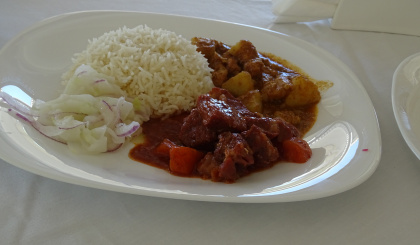 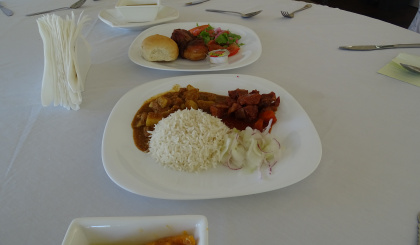 Some of the dishes for the ‘Banke Nwel’ (Photo source: SHF)