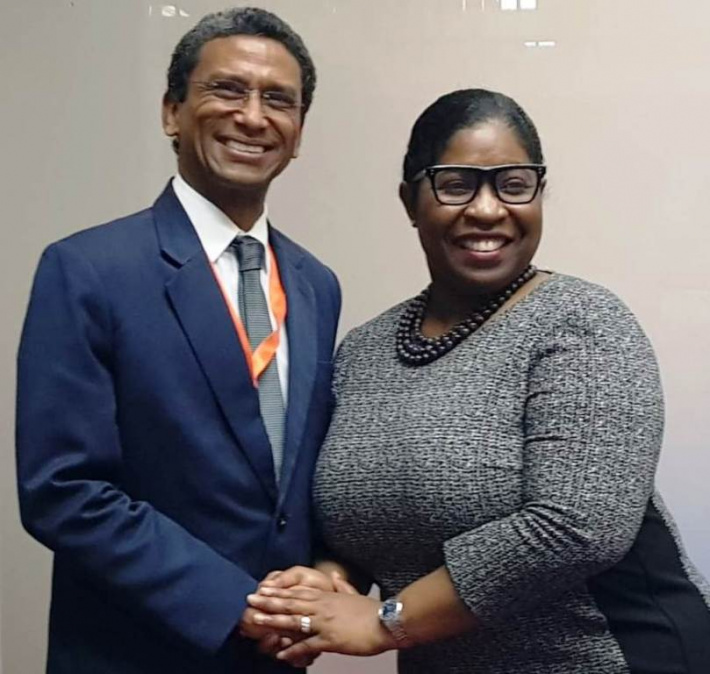 In a historic meeting on Tuesday at the 9th ACP Summit in Nairobi, Ambassador Barry Faure, the secretary of state for the department of foreign affairs and the department of the blue economy, met the Minister for Foreign Affairs of the Republic of Suriname, Yldiz Deborah Pollack-Beighle, and agreed to establish diplomatic relations between the two countries via their respective permanent representations to the United Nations in New York.

Both parties further agreed to explore the possibility of signing bilateral agreements such as on visa waivers and political consultations.

They identified cooperation in several areas like climate change, ocean governance, fisheries, forestry (where Suriname is ranked first in the world in terms of forest cover) and tackling the trafficking of illicit drugs.

Ambassador Faure shared the experience of Seychelles in championing a Blue Economy blueprint plan at the African Union level.

He further reiterated the message of President Danny Faure pronounced during the ACP Business Summit for all ACP regions to develop their regional blue economy roadmap.

Similarly, they agreed to follow the call of President Faure during the Summit for the ACP Sids (small island developing states) to work within their respective organisations to establish closer engagements, typically during the negotiations for a new ACP-EU partnership agreement.