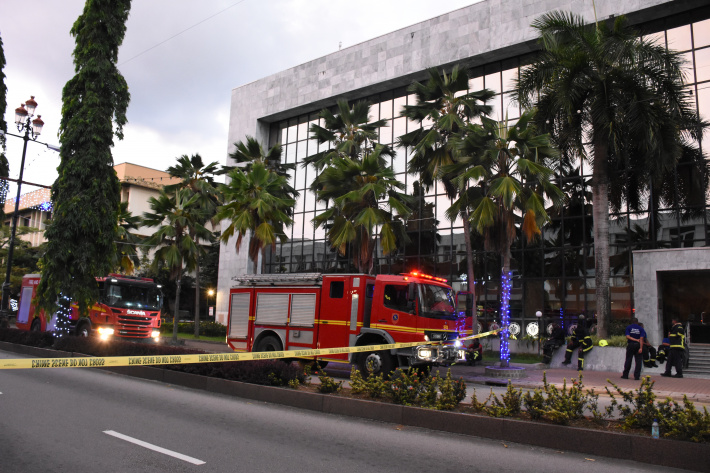 Motorists in town were yesterday left confused by the closure of the 5th June Avenue road and the presence of emergency responders from the different emergency response services between 5pm to well after 7pm, as the Department of Risk and Disaster Management (DRDM) conducted its annual simulation search and rescue operation exercise.

Commencing just after 5pm, emergency responders from the Seychelles Fire and Rescue Services Agency (SFRSA), the Seychelles Police Force (SPF), DRDM officials and medical professionals could be seen all along the road, some of whom were coordinating the operation for the simulation exercise while others reacted to the fire scenario within the first floor of Independence House.

The scenario for the incident is a fire at the Immigration Department, located on the first floor of the Independence House building with three ministers trapped inside, and a further two persons who are also trapped, but whose exact location within the building is unknown.

“The objective of the exercise is to assess the response and command and control on the scene. DRDM is adopting a new system to deal with emergency situations; Platinum, gold, silver and bronze and this exercise is testing silver and bronze level in terms of the command post and the operation. Only the responders are being evaluated,” explained senior disaster and risk management officer Daniel Cetoupe.

“Firemen were called on scene and have reacted and finally they needed the assistance of the police for traffic management and to control the crowds entering the area. They sought support from the ambulance to support the operation. Furthermore, they have other components that we give to them, minor incidents within the general exercise. There were a further two people who had not been located so they had to search for them, we had two dummies and they were successfully removed from the scene of the incident, and the final one is that the fire was caused by a bomb placed at the scene and that there is a possibility that there are more explosive devices within the building. At that point, firemen stopped their work, the cordons were extended and finally the dog unit of the police are conducting a sweep of the building both internally and externally,” he added.

DRDM principal secretary Paul Labaleine noted that the exercise is held annually as a means of assessing and evaluating the preparedness of emergency response services in cases of emergencies on a grand scale.

Mr Labaleine noted that DRDM is in the process of implementing a new response system for emergencies, and the exercise will serve to highlight the strengths and weaknesses of the model and whether it is suitable to the local context.

“Coordination is an important component of the exercise and coordination has been good. The way we designed the exercise we want to assess whether the command system we have established today, whereby the different agencies work together in a more coordinated way is applicable to emergencies in Seychelles,” Mr Labaleine noted.

DRDM will host a debriefing session this morning to provide more information about the exercise and outcomes from the emergency responders.

The accompanying photographs taken by Patrick Joubert show some highlights of the exercise yesterday. 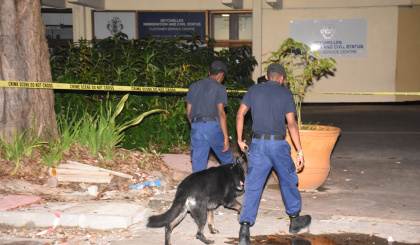 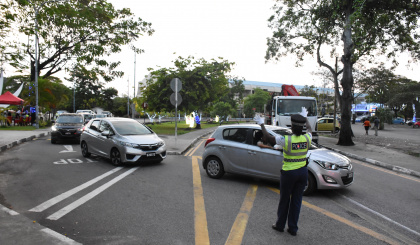 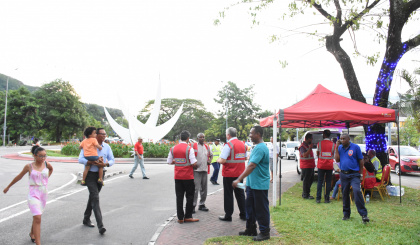