Seychelles: The island nation with a novel way to tackle climate change | 14 December 2019 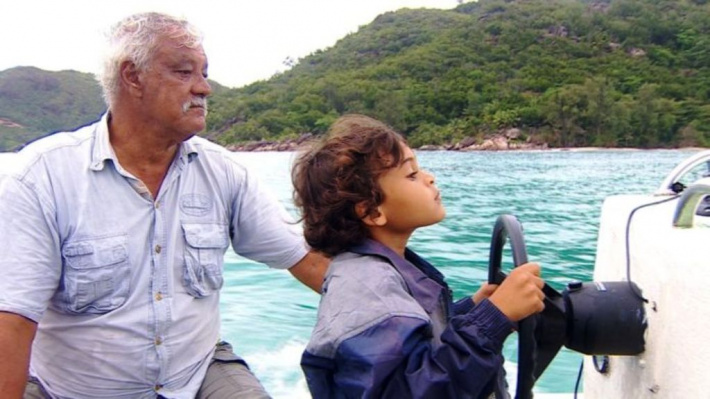 On board Darryl Green's small fishing boat, just off the island of Praslin in the Seychelles, the water is so clear we can see the seabed. Brightly coloured fish swim around the hull.

“You know at my age I've seen the fish size decrease dramatically,” the fisherman reminisces. He's on board his boat with his young grandson in tow.

“If as fishermen, we do not take responsibility for our fish stocks, who's going to do it? If we don't start somewhere then in the future we're going to be very hard pushed to find fish to feed our children.”

Mr Green has been fishing his local bay for decades – but not any more. He's set up a project with his fellow fishermen to voluntarily stop fishing here for six months of the year, hoping that this will allow fish stocks to replenish.

“This is our office,” he says. “You go to the office to work. We come here to work. This is where we earn our livelihood. So we've got to protect it.”

During the six months off, they have to fish further out to sea, while some of them do other things like carpentry too.

Mr Green's project is one of many which have been funded by a pioneering marine conservation plan.

In the first deal of its kind, the East African nation swapped 5% of its national debt for a cash injection to fight the effects of climate change on the ocean.

In return, it promised to protect 30% of its national waters, which is an area twice the size of the UK – by the end of next year. It's a huge undertaking for this tiny nation.

What is the deal?

The Seychelles government agreed the debt swap with the Nature Conservancy, a US charity, and a number of investors in 2016.

Under the terms of the $21m (£16m) deal, the charity and the investors – who include the Leonardo DiCaprio Foundation – bought a portion of the Seychelles' national debt from European nations, such as the UK and France.

The debt is now held by a trust, the Seychelles Conservation and Climate Adaptation Trust (SeyCCAT), which offers the country lower interest rates on its repayments.

The savings – over $8 million – are ring-fenced for projects designed to protect marine life and handle the effects of climate change.

Small island nations are among the most vulnerable to rising sea levels. Conservationists say dying coral reefs, extreme weather and land erosion threaten the very existence of the Seychelles archipelago.

The country is trying to defend its greatest resource – the sea – but it's no easy task. All human activity in the protected areas will have to be severely restricted – not just fishing but tourism too. Policing this huge swathe of the Indian Ocean will fall to the country's coastguard.

Lieutenant Colonel Connie Anthony says it will take her team two days to get to some of the waters they are charged with protecting.

“We don't have a big coastguard. What we are doing now in order for us to get ready is mostly on our outer islands, that are further away. We've put soldiers on those islands and they have vessels with them to conduct inner harbour patrols,” she says.

Eye in the sky

Thankfully they will have assistance from the skies. The country's air force is on board with the plans and will be using their unique vantage point to support their colleagues below.

“From the aircraft, we can see what we call trip wires, which are things that give us clues whether they are legal or not. For example, are they flying a flag? Not flying a flag? What type of equipment could they have on board a vessel? Have they got buoys in the water? That sort of thing.”

He says they are more than ready for the challenge.

“Our aircraft are quite capable. We have quite sophisticated equipment on board and we can detect vessels from quite long distances away. And when we fly, we cover tens of thousands of square kilometres. And we do that quite effectively, so we can do the job.”

Other countries are also negotiating similar deals with the The Nature Conservancy to protect their oceans.

Wallace Cosgrow, the Seychelles' environment minister, says his country can hold up its end of the deal.

“We want to lead by example and show the world that it can be done. The resources in small island countries are not always available for conservation for example. So we're looking at innovative ways to raise financing to support the environment.

“I get a lot of questions, especially from small island states where they also want to replicate the debt swap but also looking at marine spatial planning.”

While most people on the islands are positive, there is no denying that in a country which relies on its oceans for income, it won't be easy balancing the demands of people’s livelihoods and what’s best for the environment.

On the main island of Mahé, Beatty Hoarau, another fisherman, has concerns. He is into bigger commercial operations and his boats can be out at sea for days at a time.

“I think having a protected area is good, but what has happened now is simply to me a publicity stunt. We have, like you say, to make sacrifices – but sacrifices should not come only from the fishermen,” he says.

Looking to the future

Back on Praslin Island, fisherman Mr Green tells us about another challenge he's facing – this one from his little grandson.

“I tell him: ‘No, no, no! I think you should go to school first to learn, because there are lots of instruments you have to know how to use. And then you will go fishing’!”

“He seems to have a real passion for it and he’s very good – but then he's had a good teacher,” laughs Mr Green.

By Catherine Byaruhanga and Louise Adamou of BBC News 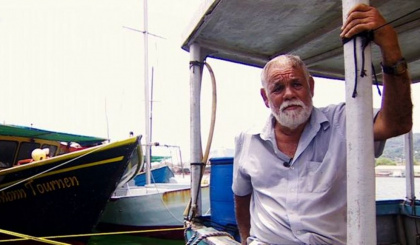 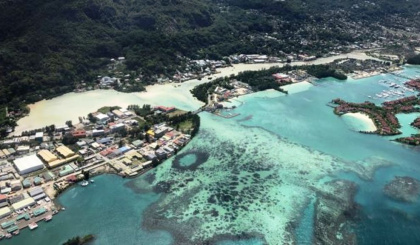 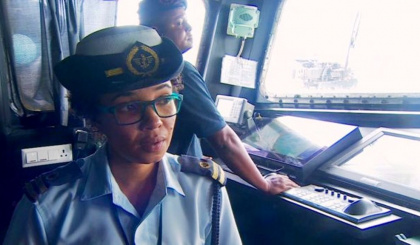 The Seychelles coastguard will police the new marine protected zone 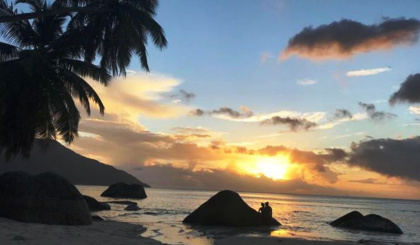 The Seychelles economy relies heavily on tourism and fishing