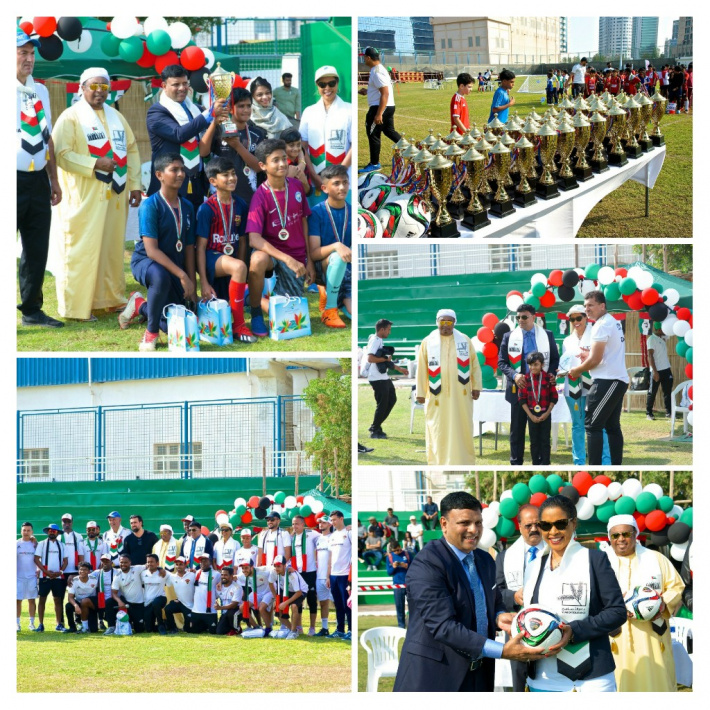 The Seychelles Tourism Board (STB) through its office in Abu Dhabi participated in the 48th UAE National Day celebrations in style as its presence was noted at the 5th ‘Penalty Shoot Out’ hosted by Al Ethihad Sports Academy on Saturday November 30, 2019.

‘Penalty Shoot Out’, a sports event spearheaded by Al Ethihad Sports Academy under the supervision of its founding chief executive Arakkal Kamarudheen, seeks to groom young talents to be professional athletes.

Bringing together over 150 youths from Abu Dhabi, Dubai and Sharjah, the event provided an opportunity for the promising players to showcase their athletic abilities through friendly matches at the prestigious American International School Abu Dhabi.

The Academy further encourages the development of sport skills in youngsters, giving them opportunities to be selected to train at international academies such as Barcelona FC Academy and even tour countries such as India to gain experience.

Supporting the initiative through its office in Abu Dhabi, the STB was represented by tourism attaché Aliette Esther, who conducted the mission successfully alongside Seychelles based DMC Vision Voyages, which also sponsored the event.

Recalling the fabulous experience at the ‘Penalty Shoot Out’ Ms Esther stated that assisting the Al Ethihad Sports Academy with the event has been a means to increase visibility for the destination and expressed that STB’s involvement in such events are beneficial to the Seychelles.

“What is most encouraging is Al Ethihad Sports Academy’s keen interest in tapping into young players’ potential in the Seychelles. We have swimmers, footballers and cricketers in the country, so a lot of young people could benefit from such a venture. Team exchanges between the two countries would not only help develop youth sports in the Seychelles but also open them up to more cultural experiences and boost their confidence. Players going to the Seychelles would be accompanied by their families, therefore contributing to our tourism and economic sectors,” Ms Esther added.

Ms Esther further stated her satisfaction to execute side-lined collaboration with her various Abu Dhabi partners as they consolidate the relationship between the two countries.