A Christmas Bazaar with a heartfelt, charitable purpose | 20 December 2019 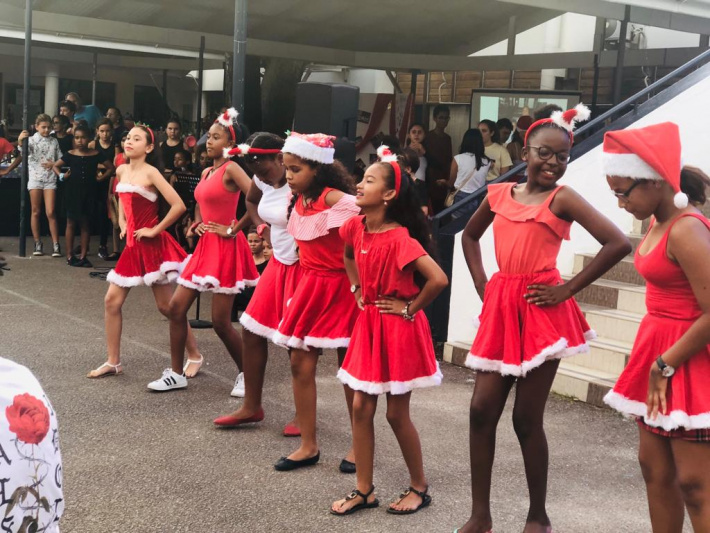 The International School of Seychelles (ISS) held a Christmas Bazaar on Friday December 6 focusing on a variety of handmade craft stalls, while students from the junior and secondary sections demonstrated their theatrical and musical talent.

The Christmas Craft Market was part of the school’s initiative for ‘Giving and Sharing’ to support two local causes: Caritas and Seychelles Society for the Prevention of Cruelty to Animals (SSPCA), as well as to raise funds for the Creative Arts subjects of the secondary school.

As part of the entertainment that evening, there was a Jingle Bells Hiphop routine from the Junior Dance Club, alongside snippets of Ballet dancing, as well as country and rock music; festive extracts presented by Year 10 IGCSE Drama students; ‘Twas the night before Christmas’ performance by the Junior Musical Theatre Club; and an ‘Open Mic’ session where many students participated in a Christmas Karaoke session and disco with DJ SlmJ.

Speaking to Seychelles NATION, Ms Georgie said that between December 2 – 6 this year, ISS participated in a ‘Week of Giving’ with the aim of supporting two worthy causes: Caritas and SSPCA.

She explained that the school set up a Donation Station by the main reception, where students, families and staff brought in a range of useful goods that can help unfortunate people and animals on the island. The culmination of this charity drive was at the night market, she says, where representatives from both charities came to the school and were presented with the donations.

She further explained that funds raised from craft stalls at this year’s Christmas Bazaar will help staff and students prepare creative materials, scenery, props and costumes for their upcoming Performing Arts show on April 1, 2020 at the International Conference Centre Seychelles (ICCS).

Directed by Ms Georgie herself, this is an annual showcase of all the creative arts subjects working together, and for which the ISS invites the local community to attend, to help celebrate the arts and the role that it will play in our future generations.

Speaking about the students’ performances at the Christmas Bazaar, Ms Georgie revealed that both the Junior Ukulele Club and Year 7 Music students have been learning various strumming and plucking patterns on the Ukulele while also learning various chord progressions, learning lyrics and melodies at the same time.

“They have made such wonderful progress in this first term. Some students have never played the instrument before and I am so pleased that they are enthusiastic and want to share their passion for performance; the night market provided them with this opportunity to share their learning”.

She adds that “for many students, the experience of performing at the night market is more daunting than performing on a big stage with bright lights”.

She explains that at the night market, the audience is surrounding the performers and are seated only a metre or so away. Performers can see the audience’s facial expressions, young children playing around them and guests shopping and eating, which makes them work harder.

“I am proud that they continue to have the confidence to take on creative challenges, volunteer for new experiences and positively adapt to their surroundings, as this is a key skill many will require in whichever career path they might choose.”

Below, a few staff members at ISS share their thoughts of the Christmas Bazaar with Seychelles NATION:

“The special thing for me this year was that it was the first time the new Arts staff participated and I really enjoyed seeing all the families coming together. It has been fun over the term to prepare for it and to see the students invest themselves so much in their work. The highlights were definitely the kids buzzing around while setting everything up; they showed devotion and enthusiasm. I’d be delighted to be part of next year’s edition” – Ms Esther Fernandes – Art & Drama teacher.

“I think this really shows what a big heart ISS has and I hope it signals the start of many more successful collaborations with local charities in the community. We are so grateful for all the families who brought in food, clothes and household items to help these two great causes” – Mr Brown, Head of Sixth form who oversaw the school’s ‘Week of Giving’.

The ISS takes the opportunity to say thank you to their loyal stall holders and to their many new ones. It is the school’s hope to see everyone there again next year. 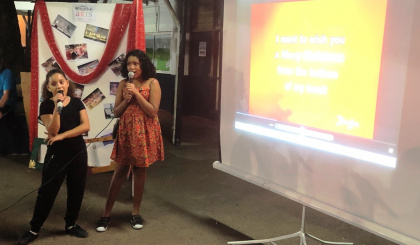 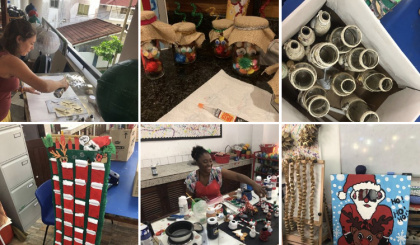 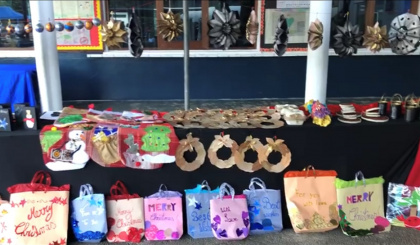