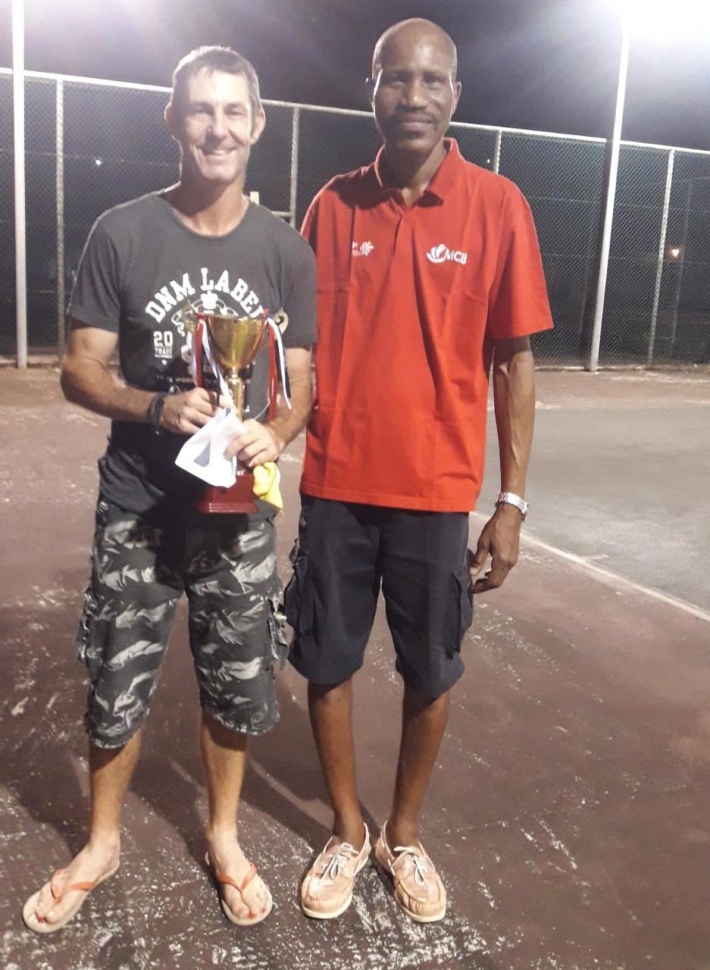 Tim Horpinitch and Marie May Isnard are the men’s and women’s singles winners of the Seychelles Tennis Open competition which ended on Saturday night with the finals at the Roche Caïman courts.

Although it was mostly the veteran players who reached the finals and won, there was some very good play from a number of junior players. Hats off to youngsters Arielle Horpinitch, Alisha Sharma, Johan Fu, Christian Payet, Duncan Accouche, Sreysht Venkatakrishnan for demonstrating some awesome tennis!

In the men’s singles final, Tim Horpinitch was too strong for young player Johan Fu as he collected an easy 2-0 (6-2, 6-0) victory, despite the winner claiming that he did not play.

In the semifinals, Horpinitch won against Sreysht Venkatakrishnan, while Fu won by walk-over against Travis Gedeon who missed his match because he had to leave the country to take part in an international junior competition in Zimbabwe.

Marie-May Isnard was made to sweat before earning a 2-1 (6-2, 4-6, 7-6 [10-2]) win over Sarah Rene in the women’s singles final after dispatching Clyvie Hoareau in the semifinal. To make it to the final, former player of the year Rene eliminated Alisha Sharma in the other semifinal encounter.

Chang-Tave and Kanté won against Sarah Rene and Ashaelle Bastienne in the semifinal, while runner-up- Alisha Sharma and Arielle Horpinitch collected a win against Clyvie Hoareau and Dawn Rene in the other last-four match.

Duncan Accouche and Sreysht Venkatakrishnan teamed up for the men’s doubles competition and the pairing proved be successful as the duo claimed a2-0 (6-2, 6-1) victory against the pair of Christian Payet and Johan Fu in the final.

Accouche and Venkatakrishnan won against Travis Gedeon and Matteo Lavigne in the semifinal, while losing finalists Payet and Fu walked over the pair of Marcus Maria and Jude Shroff. 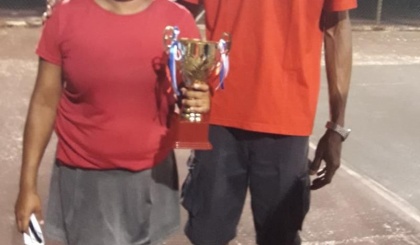