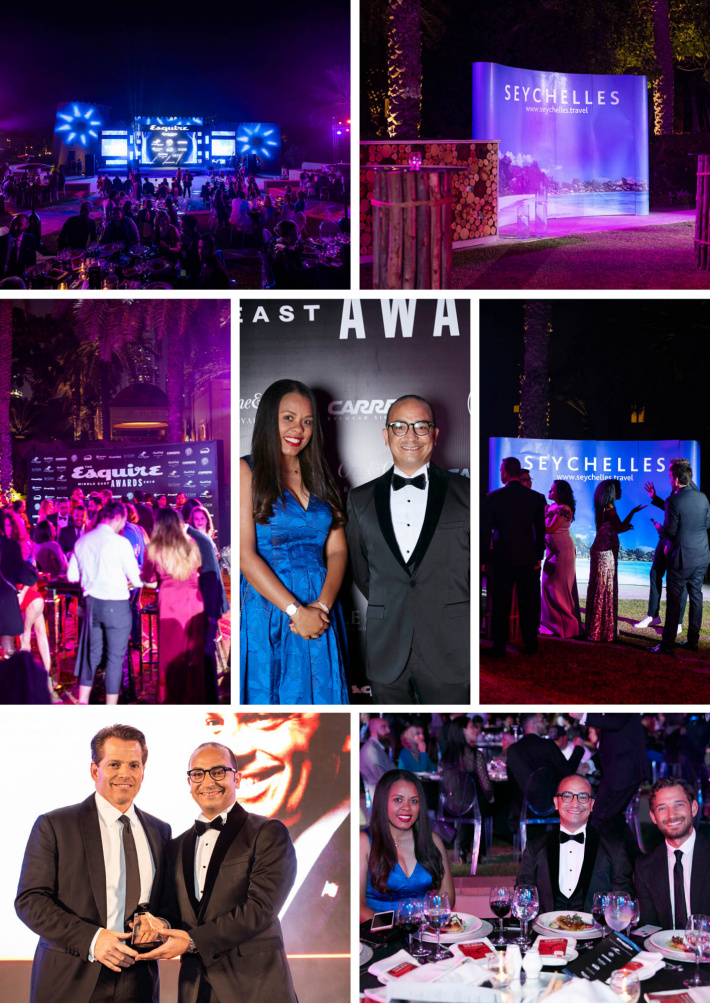 In line with its marketing strategy to increase the destination’s visibility, the Seychelles Tourism Board (STB) collaborated with ITP’s Esquire Middle East, the leading men’s magazine in the Middle East, for its ninth annual Esquire Award held at the One & Only Royal Mirage’s Arabian Court in Dubai.

STB’s chief executive, Sherin Francis, and STB representative based in Dubai, Ahmed Fathallah, attended the award ceremony, which is a celebration of the outstanding achievements of men and women across the Middle East over the past year.

The One & Only Royal Mirage’s Arabian Court provided a magnificent ambience and picturesque views for the event, from the photo ops, to the centre stage, and to the dinner, which successfully added a glamorous factor to the event.

Observed as one of the most stylish awards night of the Arab region, the ceremony was filled with star-studded award winners, and for sure, some of very prestigious invitees on the Middle East region.

“As the GCC region continuously provides positive reception to Seychelles as a destination, it was only natural for us to come onboard this project, which not only supports the region in their endeavours for expanding their horizons but also provides a centre-stage for our holiday paradise. Events like this prove and celebrate that as time goes by, the region starts to be more well-known and flourish for the creative potential of Arab creators, visionaries and innovators – which opens doors for more collaborations in the future and of course more exposure,” said Mr Fathallah, who worked closely with the event organisers.

Mr Fathallah was given the honour to present three of the prestige Esquire awards, namely the ‘Humanitarian Award’ to Kashif Siddiqi and Bacary Sagna, ‘Comedian of the Year’ to Ahmed Helmy, and Comeback of the Year to Anthony ‘The Mooch’ Scaramucci.

The Esquire Middle East Awards event acknowledges the brilliance of creative talents in art, film, music, fashion, and literature in the region, as well as the new comers in the said fields.

With the fantastic food and drinks from the One & Only Royal Mirage, and the great music and atmosphere, the attendees agreed it was a wonderful night to never forget.

STB strengthens relationship with its partners in Singapore | 21.12.2019