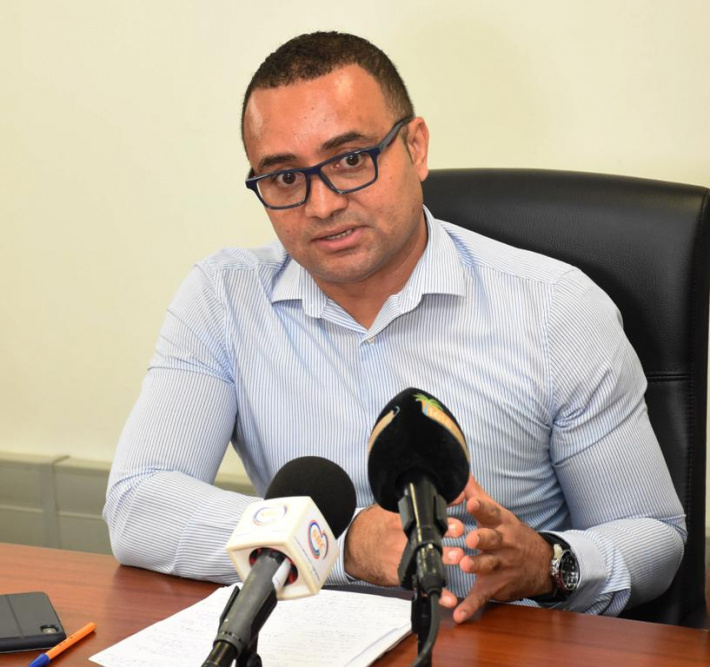 The cabinet of ministers chaired by President Danny Faure has approved the Anti-Money laundering and Countering the Financing of Terrorism Bill, 2019 and the Beneficial Ownership Bill, 2019.

Both bills will be gazetted by early January 2020 for consideration by the National Assembly in February 2020.

Speaking on the Anti-Money Laundering and Countering the Financing of Terrorism Bill, 2019, the secretary of state for Finance, Patrick Payet, said a new sectoral approach provision has been incorporated in the bill for better supervision in the domain by the Central Bank (CBS), the Financial Services Authority (FSA) and the Financial Investigation Unit (FIU).

SS Payet said the new bill is in line with recommendations from challenges outlined in the national risk assessment on anti-money laundering and countering the financing of terrorism held in 2017 and also from the mutual evaluation made in 2018 on Seychelles by the Eastern and Southern Africa Anti-Money Laundering Group (ESAAMLG).

He further said that all related policies and recommendations will have to go through the committee before getting cabinet approval.

SS Payet said the bill has re-aligned the role and functions of the FIU where apart from its administrative role it will concentrate more on the monitoring of suspicious transaction reports, rather than conducting the actual investigation as in the past. The latter will be done by the police or other law enforcement agencies.

The Anti-Money Laundering and Countering the Financing of Terrorism Bill, 2019 will function through a sectoral approach whereby its monitoring will be shared by CBS which will monitor all commercial banks and money changers, the FSA will monitor the offshore industries and gambling businesses while the FIU, which used to also do all of the aforementioned assessments, will now monitor non financial businesses like vehicle dealers, real estate agencies among others and certain individual professionals like accountants, lawyers and auditors among others, who deal with large amount of cash transactions.

SS Payet also said that FIU will, in collaboration with the Registrar General, monitor non-profitable organisations.

He noted that non-compliance with the bill will be subject to administrative fines ranging from R50,000 to R200,000 and court cases which could result in prison sentences among other fines.

The bill will be gazetted by early January 2020 for consideration by the National Assembly in February 2020 but they will be finalised in September 2021, the deadline set by ESAAMLG for the laws to be amended.

As for the Beneficial Ownership Bill, 2019, SS Payet said that it has been required that some basic information on business beneficial owners, especially foreigners, be available in Seychelles and those who have 10% control or own shares in companies will need to register their personal information. That will include their names, addresses, nationality, date of birth and the date they acquired the shares and also the date if they relinquish the shares.

SS Payet explained that all information will be shared in Seychelles through an appointed secretary or special agent of their choice through their own data base that will be linked through a proper secure beneficial ownership data base system at the FIU. Though the information will not be a public domain, the FIU will be mandated to use any required information on the data base for further investigation in collaboration with other law enforcement agencies in the country as well as in other countries involved.

He noted that the bill will take effect in September 2021 to give ample time for the beneficial owners to organise and set up their information data base through their appointed secretaries or special agents that will be based in Seychelles. Non- compliance with the bill is subject to administrative fine or be struck off the beneficial ownership register.

SS Payet highlighted that only information on beneficial owners in the extractive industries will be available publicly at the registrar due to international norms.