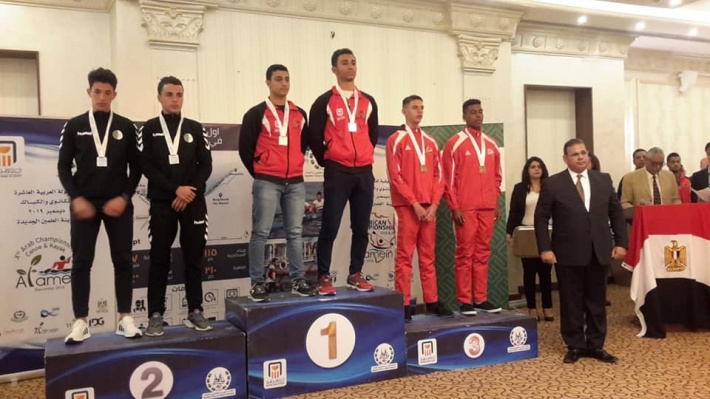 Despite not being rated among the country’s top sporting disciplines, canoeing has once again made the country proud, bringing home two bronze medals from the Arab championship and the African Youth Championship held in the city of new Alamein, in Egypt in late December.

Our local heroes were Trevor Lespoir and Carlo Marzocchi who teamed up for the bronze medals in the K2 200m and 1000m races.

The race was won by the Egyptian pair of Awad Mahmound and Khalid Mohamed.

As for the K2 1000m, it was again an Egyptian duo, namely El Bedwehy Ahmed and Khalid Ahmed who came out first, pushing Sadji Ramy and Fadla Mohamed Chawki of Algeria into second place.

Our paddlers were also in action in the K1 200m where Lespoire could only manage a fifth-place finish.

The race was won by Laouar Mohamed Mouad of Algeria, who finished ahead of Awad Mahmound of Egypt.

According to chairman of the Seychelles Canoe Association and coach Philip Albert who accompanied the two young athletes, they received a very warm welcome from the hosts and the competition was very well organised except for a few unplanned hiccups which is normal at any competition involving such a big crowd of participants.