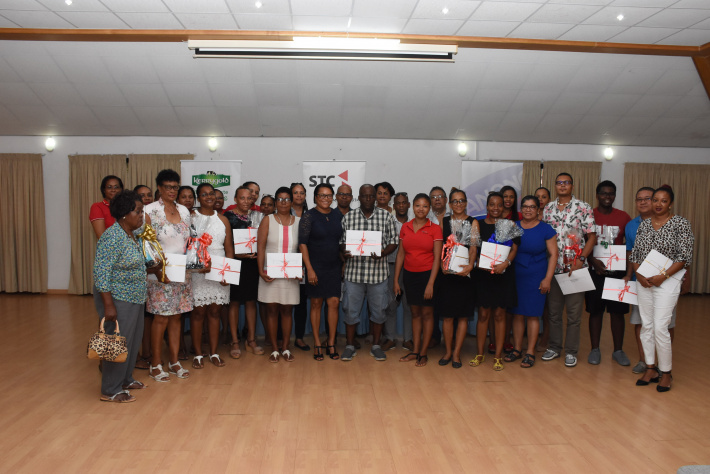 The winners in a souvenir photograph with STC staff and sponsors (Photo: Anel Robert)

Jimmy Simara, a loyal customer of the Seychelles Trading Company (STC), clinched this year’s star prize in the company’s special Christmas Loyalty Card lottery drawn at the end of December.

The R100,000 prize was sponsored by the STC and was given in a short ceremony held last week in their conference room.

STC’s chief executive Christine Joubert, STC staff as well as representatives of the company’s faithful sponsors attended the ceremony and presented the happy winners with their prizes.

The lucky winners received prizes like regional air tickets including travel allowances up to US $500, gift hampers and bottle of wine.

The STC said these initiatives are aimed at encouraging and rewarding customers on Mahé, Praslin as well as La Digue who have remained loyal and faithful throughout the year.