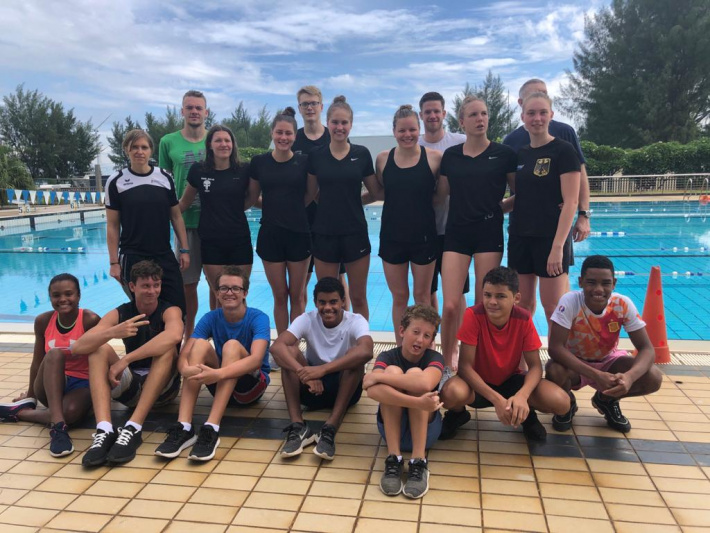 Group photo of the local and foreign swimmers and coaches

A German swimming team are currently training here, according to the Seychelles Swimming Association.

The team comprise nine swimmers and their two coaches – Michael Spikermann and Mreike Rittweg – and started their training on January 1. They are expected to leave on January 15.

According to a press release issued by the Seychelles Swimming Association (SSA), Heintz had a first training camp in Seychelles for 18 days in December 2018. In May and July 2019, he communicated that he was planning to come again for training camp in January 2020.

One of the female swimmers on the team has qualified for her third Olympic and she is from Lichtenstein.

Members of the Seychelles swimming academy are taking this opportunity to train with the foreign swimmers every day from 6.45am. This is a great plus for our young elite swimmers, according to the SSA.

The team is here to escape the cold climate in Germany and as well as for preparing for the 2020 Tokyo Olympic.

The SSA thanks the National Sports Council (NSC) for supporting and facilitating the team’s visit. 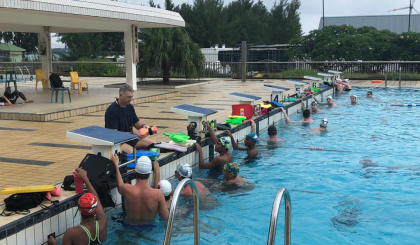 The local and foreign swimmers during a training session