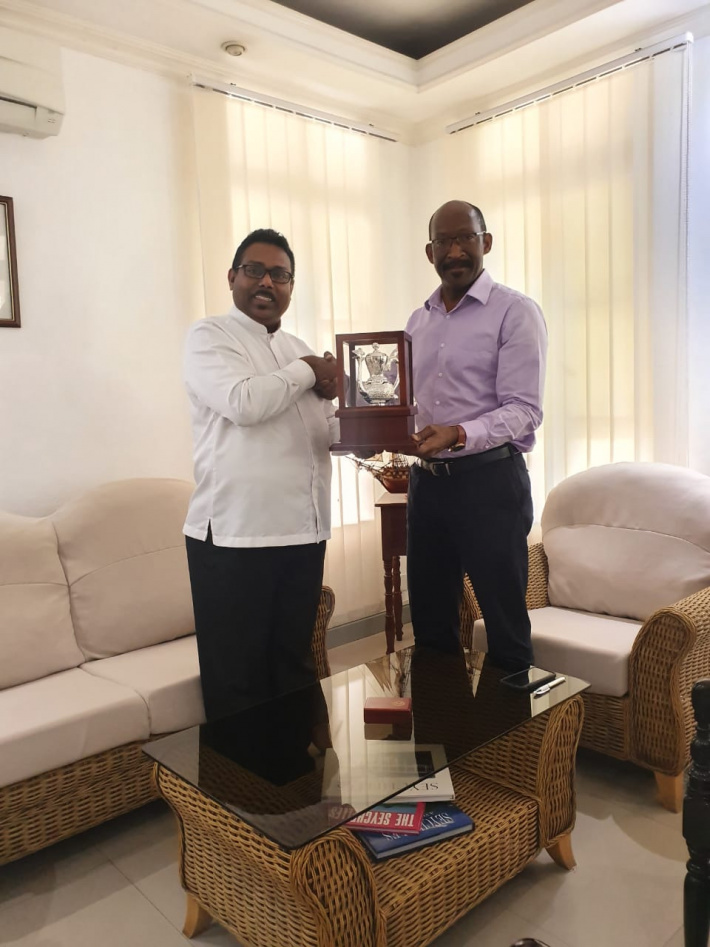 Dr Tikiri Herath Gunathilake, the outgoing high commissioner of Sri Lanka to Seychelles, has paid a farewell call on Vice-President Vincent Meriton and the secretary of state for foreign affairs and the blue economy, Ambassador Barry Faure.

Vice-President Meriton welcomed Dr Gunathilake at the department of foreign affairs and at the same time expressed his regret that this courtesy call is the last for Dr Gunathilake in his capacity as high commissioner of Sri Lanka to Seychelles.

During his four-year-long tenure, Seychelles and Sri Lanka have enjoyed strong bilateral ties and Vice-President Meriton expressed his deepest appreciation and gratitude for the continuous support and assistance readily provided by Sri Lanka.

To mark the strong relationship between the two countries, official visits were carried out during Dr Gunathilake’s tenure. In 2017, President Danny Faure undertook a working visit in Sri Lanka during which he extended an invitation to his Sri Lankan counterpart to visit Seychelles. This was followed by a State Visit to Seychelles in October 2018 by Maithripala Sirisena, the former President of Sri Lanka. He was accompanied by a high level delegation including Tilak Marapana, the Sri Lankan Minister for Foreign Affairs.

“We wish you great success in your next journey and we hope to welcome you back to our shores in the near future,” stated Vice-President Meriton.

High Commissioner Gunathilake presented his credentials to former President James Michel on October 6, 2015. A new high commissioner is yet to be nominated.

Press release from the department of foreign affairs 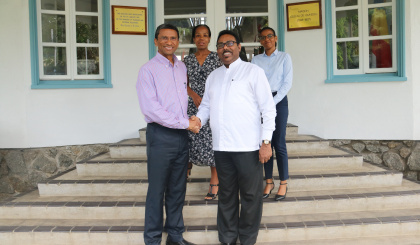