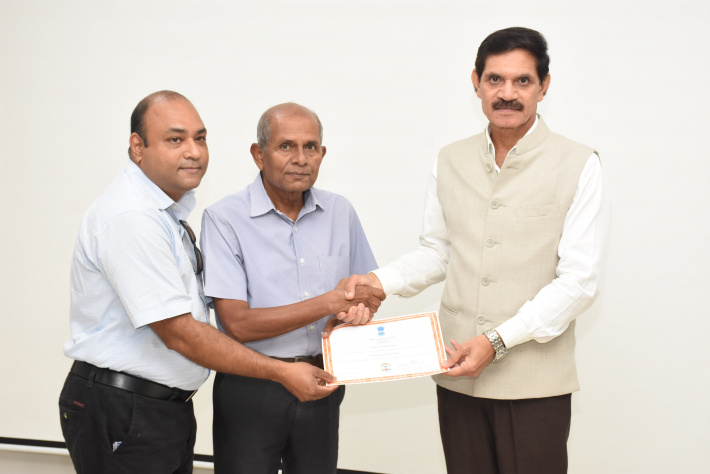 In commemoration of Pravasi Bharatiya Divas, a celebratory day observed on January 9 by the Republic of India to mark the contribution of the overseas Indian community towards the development of India, the Indian diaspora and Seychellois of Indian origin congregated at the high commission of India, Maison Esplanade yesterday evening, for a brief ceremony comprising grant donations and a live web-cast of the external affairs minister’s address from New Delhi.

The ceremony was officially opened by the high commissioner of India to Seychelles General Dalbir Singh Suhag who spoke of the importance of Pravasi Bharatiya Divas which was first celebrated in 2003, noting the objectives to create a network of non-resident Indians (NRIs) and persons of Indian origin across the world and to provide them with a platform to express their feelings and perceptions about Indian, among others.

High Commissioner Singh Suhag went on to note that the celebration is dedicated towards honouring the father of the Indian nation, Mahatma Gandhi who returned to Ahmedabad, India on January 9, 1915 from South Africa, and who saved and shaped the future and destiny of India by mobilising men and women to strive for economic independence for India.

Furthermore, High Commissioner Singh Suhag commended the Indian diaspora for their contributions to the local economy and development of Seychelles. In particular, he made reference to the numerous shopkeepers and Indian-owned retail businesses who operate for long hours, all days of the week.

“As you know, Seychelles will this year celebrate 50 years since the first settlers arrived on the islands, and I am proud to say, from the first settlers, five of whom were Indian, we now have thousands of Indians and Seychellois of Indian origin. The Indian diaspora are recognised as one of the most hardworking communities in Seychelles, among the most affluent and the instrumental role they have in the economy is evident,” High Commissioner Suhag noted.

He further encouraged all NRIs to continue to work together especially in such a small community as Seychelles and to support the local community in whatever way they can.

The high commissioner’s address was followed by a presentation of the various activities organised by the high commission throughout last year. Activities included performances by dancers and artists from India, yoga on a ship, International Day of Yoga mass yoga session and vegetarian food festival and other donations and events.

Two further associations were presented with certificates for their work in promoting the Indian culture, namely the Hindu Council of Seychelles and Jeo Jyoti Foundation.

The ceremony officially concluded with a live webcast of the external minister of India, Subrahmanyam Jaishankar, for an interactive session with the Indian diaspora around the world from New York, Singapore, Malaysia and others. The web-cast session comprised the minister’s address and interactions with the different groups of NRIs in the numerous countries, whereby they were invited to forward two questions from each group to the minister.

Different questions were posed including about services such as e-services for passport applications and identity documentation as well as provisions allowing NRIs to participate in presidential elections in India among others. 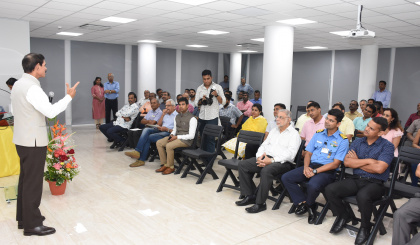 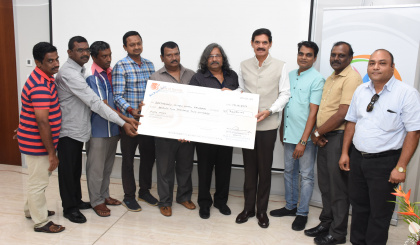