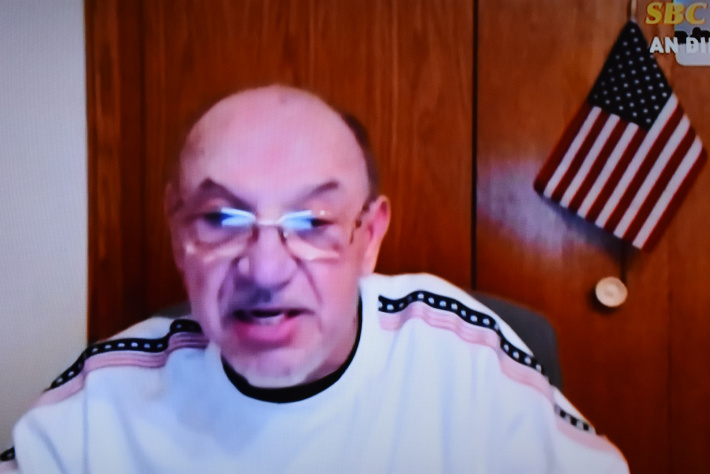 Three complainants and one witness wrap up first week of hearing

The Truth, Reconciliation and National Unity Commission (TRNUC) wrapped up the first week of hearing for this year yesterday with three complainants and a witness giving their testimonies.

Jules Stravens was the first complainant before the commission yesterday in case 035.

Through Skype, Stravens complained of unlawful aberration, forced retirement and denied the right of steady employment by the state, thus resulting in forced relocation of his family overseas.

Mr Stravens alleged it all started when he was unlawfully detained, without charge, at the Union Vale prison from February to April 1982. He noted that after he was released, he was unable to find a regular job as he was blacklisted by those in power at the time and as he had no choice, he immigrated to the United States with his wife and son, where he is still living today.

The 69-year-old Seychellois, born in Kenya in 1950 from Seychellois mother and father and moved to Seychelles in 1958, said after he graduated from the Seychelles College, he started off as a supply teacher for a short while then moved to Dhanjee Brothers as a store assistant, also for a short while before getting a job as customs officer at the customs department on September 14, 1970.

Mr Stravens, now a US citizen, said he was forced into retirement from his job on April 7, 1982, the same day he was released from prison and was never compensated. He noted that he was arrested in February 1982 at the customs department at the New Port after having been called down to the office from his holiday, by his superior, for some office discussion. He stated that he experienced very bad moments during his time in prison. He also claimed that prior to his detention, he and his family had been constantly harassed by those in power and their supporters.

He also called on the commission to investigate an account that was held at Barclay’s Bank belonging to the Stevedore’s Union in the 1970s that was supposedly transferred to a newly formed union under the leadership of the late Mathew Servina, just after the coup of June 1977.

Mr Stravens further claimed that money from the Children’s Fund, an account he had worked with as an excise officer, which is supposed to benefit children, was used to buy an island (Coetivy) from the Delhomme family while a lump sum was also given as a gift to a Palestinian Liberation Organisation (PLO) high ranking officer of which he said he had proof of the local person who made the delivery in 1980s.

Army personnel Yvon Bonte, who was also on Skype all the way from Canada, was in contact with the commission to clear his name as a suspect named in the November 2019 sitting in case 022 of Olivia Vincent in relation to the death of her brother, Simon Denousse, and South African Mike Asher, who were both killed by a bomb they were supposedly making at Anse Forbans on October 19, 1982.

During the hearing in November last year, Mr Bonte was named by Delmas Bistoquet as the person who was sitting with Mr Denousse in the back seat of the car belonging to the father of Simon, that was driving down Stevenson Delhomme road and was followed by another car with plate number S1122 owned by the state security, the day he (Simon) was killed.

Mr Bonte, who had refuted the allegation when he first contacted the commission prior to his hearing yesterday, said that he had never set foot in the car since it had been in operation from 1980 to 1984 other than driving it in 1985 when he was working at State House as a security officer for the Seychelles International Airport. He further said that in his whole life he had never known or even met Mr Bistoquet, Simon Denousse or Mike Asher. He added that he had never even seen the car belonging to the Denousse family or set foot inside.

He joined the army in 1979 at the age of seventeen years old and said that following further training on Coetivy, he left the island on February 22, 1982 and was posted at the Point Larue army camp. He claimed that when Mr Denousse was killed on October 19, 1982, he was still posted at the camp, up until 1984.

Mr Bonte said that upon returning to Seychelles from a six-month course in Moscow, Russia on January 21, 1985, along with three other army colleagues, they were transferred to State House to work as airport security officers under the leadership of Major Rolly Marie and Dobin Samson.

He stated it was only then that he had set foot in and driven S1122 which was only for three weeks because after that they were given new cars to work in. He noted that he was not aware or know what the car (S1122) was used for or was involved in in the past. He further noted that he only worked at State House until 1986. He left the army on January 27, 1987 after his other brother, Major Raymond Bonte, was sacked. From there he went to work in the video rental business with his eldest brother, Harry Bonte, after he was unsuccessful finding other jobs. On January 19, 1989, he said, he left the country and immigrated to Canada where he is staying until now.

Mr Bonte stated that up to now, he is still wondering as to why Mr Bistoquet had mentioned his name or if he could have mistaken him for somebody else. He said what had affected him and his family the most is to be condemned on social media as a criminal for something he was not involved in. He said he heard about the incident like everybody else. He noted that he hoped the other persons mentioned in the incident will come forward and tell if he was present at the incident thus to clear his name. He added that even though armed during his duties and could have been labelled as a spy, he had never been involved in any criminal activities whatsoever during his time in the army.

On behalf of the commission, the chairperson, Gabrielle McIntyre, apologised to Mr Bonte for the fact that his name was mentioned in the November 2019 hearing without his knowledge and lesser with the opportunity to respond before it was mentioned.

Sixty-four-year-old former police officer, Rene Quilindo, was the third person to communicate through Skype to the commission in open public session yesterday in relation to case 0232 of his complaint of being unlawfully detained for nearly nine months at the Union Vale prison in 1979-1980.

Mr Quilindo joined the police force in 1974 and has worked at the Central Police Station, Takamaka and Anse Royale police stations. He said on November 1979 while coming from patrol on shift work 4pm to 12am, he was told by other police officers that the army had arrested police officers at the airport and while going home the same day in the police vehicle with other officers they were stopped on Bois de Rose by the army. He claimed that upon refusal to disembark with their hands up they were turned back to the police station.

He said the next day he was summoned by the police commissioner, James Pillay, because he had argued with the army officers. He noted that a few days later when the authority had rounded up a few people considered as enemies of the state and had placed them in jail at the Central Police Station, he took it upon himself to let them loose in the corridor for some fresh air and that didn’t please the police commissioner.

Upon an argument with the commissioner on the matter, he said he was locked up at the Mont Fleuri police station and the following day, November 15, 1979, detained at the Union Vale prison on the order he alleged was signed by former President Albert Rene. He claimed that he, along with other detainees, endured hard punishment especially where nutrition was concerned while in jail. He also alleged that he was also once beaten by Major Macdonald Marengo, in charge of the prison, for some opposition leaflets found in jail which he said he had no knowledge where they came from. He was released in mid-August 1980. He claimed he was continuously harassed after his release and one time put in jail.

Mr Quilindo also gave some information regarding the death of coup member Francis Rachel who died on June 5, 1977, and said that when he was at the Anse Royal police station on the afternoon that day, he witnessed a jeep being driven by former police commissioner Andre Quilindo along with a certain Archange Roseline in army uniform in the passenger seat and inside the jeep was a coffin. He noted that they had come to collect arms that were in the possession of civilians and others. He stated that upon being asked what was the coffin for, he alleged that Mr Quilindo (Andre) had answered that it contained the body of Mr Rachel and then they left.

Due to time constraint, the commission had to reschedule Mr Quilindo for next week to continue with his complaint.

Again in case 022 of Olivia Vincent in relation to the death of her brother, Simon Denousse, witness Sergeant Beauchamp who was mentioned in the previous hearings in 2019 as the police officer who went to the scene where Denousse and South African Mike Asher had been killed, said that he heard the loud explosion at around 1.30am to 2am as he was staying at the police residence in Takamaka.

He said that after informing his regional commander, Viranel Naiken, based at the Anse Royale police station and alone he decided to have a look as to where the loud noise came from. After a quick check at Intendance (Anse Takamaka) and found nothing, he said he moved towards Anse Forbans where he met Mr Naiken, who had arrived before him along with another police officer, and together found the car wreckage, surrounded by a few hand grenades and scattered pieces of paper and which was still burning. He claimed upon further investigation they noticed two burnt bodies in the back seat of the car and what ressembled the leg of a person was burning outside the car.

Mr Beauchamp said they didn’t call the fire service as the fire was burning itself out but smoke was still coming off the two bodies inside the car. He claimed that they had to quickly hide behind a tree on the beach in case of more explosions by the hand grenades lying around. He stated that as they had no communication equipment, Mr Naiken took charge to seek assistance and an hour later the Police Mobile Unit arrived at the scene.

He alleged that the commissioner of police took responsibility over the incident and he had nothing to do with it. He noted that he only wrote a report in the occurrence book but was never approached to give his testimony on the incident.

Mr Beauchamp noted that from what he had learnt following a course in Israel, it was practically impossible for two persons to assemble a bomb, in relation to the noise it made that day, in the dark in the back seat of a car. He noted that with the car blown to pieces and where the hood had been blown away up in the tree, it was also impossible for the bodies to remain intact. He also questioned the hand grenades found at the scene and said that one doesn’t need grenades to make a bomb.

He noted that at that time if a superior announced that a case is being taken over even if an officer could have an influence or say in the case, it was futile to ask any questions. 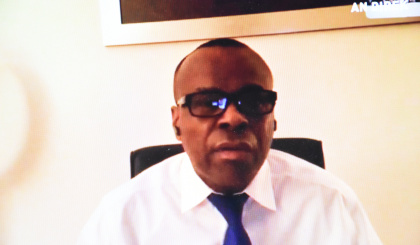 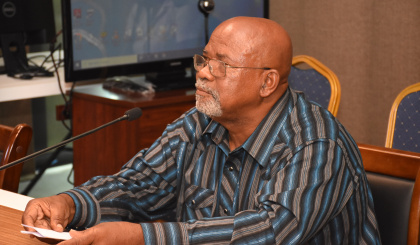 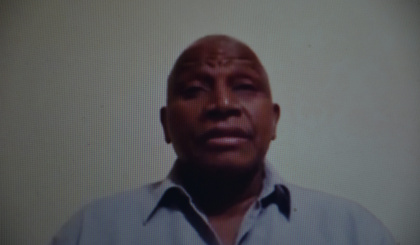