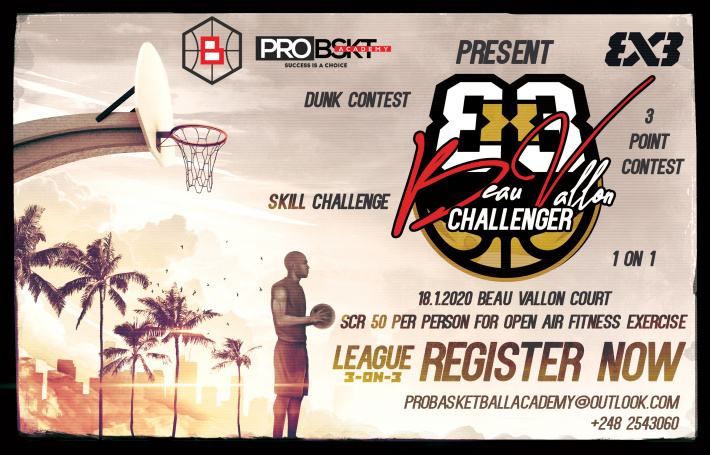 With basketball literally dead locally, some lovers of the sport are taking it upon themselves to keep the game alive through personal initiatives, precisely small tournaments, with the aim of welcoming more youngsters despite the ongoing fiasco.

In line with that, a newly-formed basketball academy baptised the Pro Basketball Academy is hosting a 3x3 basketball tournament next weekend at the Beau Vallon court, inviting players of all ages and gender.

Targeting a new generation of players, the academy is presently working with the Bel Eau primary school through a grassroots programme, involving over 35 kids.

The tournament will be part of the academy’s fundraising activities toward the daily running of its programme.

According to founder Alf Aglae, the tournament will be recognised by the Fédération internationale de basket-ball (Fiba), while all the statistics, highlights and results will be recorded on the association’s 3x3 website.

It will also feature various individual contests such as slam dunk, 3-point shooting and skill challenge.

While registration for the basketball tournament is free, there will be open air fitness classes on Saturday and Sunday with a fee of R50 per head.