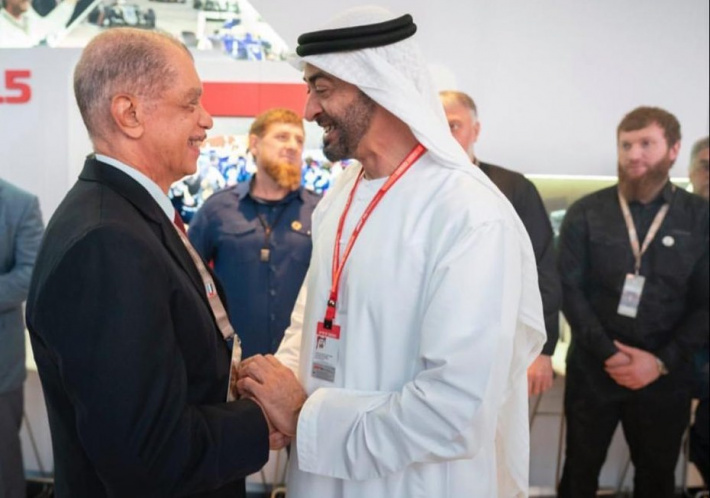 Former President James Michel is attending the World Future Energy Summit which is taking place in Abu Dhabi. His participation is at the invitation of his Royal Highness Sheikh Mohamed Bin Zayed Al Nahyan who officially launched the summit on Monday morning.

The opening ceremony brought together the world’s sustainability community together and sets the agenda for the discussions and debate at Abu Dhabi Sustainable Week. It is held alongside the Zayed Sustainable Prize Awards ceremony.

The summit itself brings together government and business leaders and showcases pioneering technologies and ground-breaking thinking in energy, energy efficiency, water, solar, waste and smart cities. It seeks to inspire the advancement and transfer of ideas, technology and investment across borders and between the public and private sectors worldwide, helping to stimulate sustainable growth for all stakeholders.

“I strongly commend the UAE for its initiatives towards renewable energy amid global efforts to fight climate change and Sheik Mohammed for his personal involvement,” commented Mr Michel who noted that Abu Dhabi has played a significant role in Seychelles’ efforts to adopt cleaner energy sources. It funded the first wind farm in Seychelles which was inaugurated in June 2018. The six Megawatt farm consists of eight turbines provided by Masdar and the Abu Dhabi Fund for Development (ADFD).

The ADFD also partly financed the first solar farm on Ile de Romainville, just off Port Victoria. The project consists of some 14 thousand solar panels which will produce 7 million kilowatt hours of electricity per year.