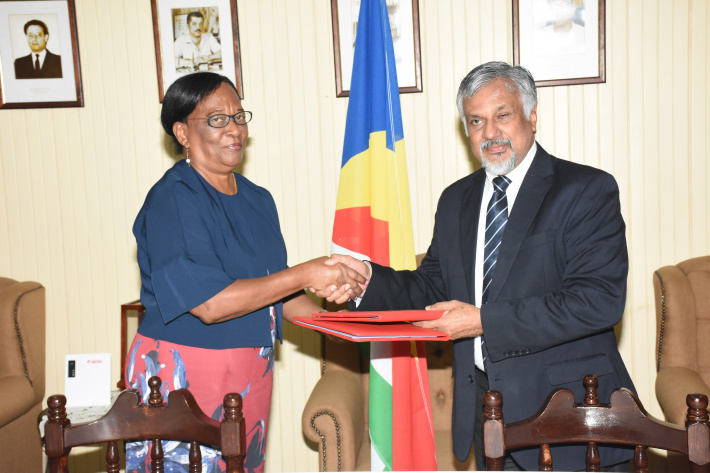 The Ministry of Education and Human Resource Development and the Colombo International Nautical & Engineering College (Cinec) yesterday signed their third memorandum of agreement, which will ensure Cinec’s continued management of the Seychelles Maritime Academy (SMA).

The agreement solidifies a partnership which started in 2013 with the signing of the first memorandum of agreement lasting three years followed by a renewal of the agreement in October 2016.

Among its biggest achievements, SMA’s collaboration with Cinec helped Seychelles to make the International Maritime Organisation’s (IMO) white list – a sign that Seychelles is keeping with international maritime standards in regards to its seafarers.

Through this, the SMA became Seychelles’ first, and presently only, ISO9001:2008 certified academic institution.

Cinec has also provided a large number of training opportunities for the students and graduates of SMA.

Due to the success of the partnership, the agreement was renewed once again yesterday during a brief ceremony at the ministry’s headquarters.

It is also expected to span the course of three years like the previous agreements.

In particular, the agreement’s main aim will be to further develop the skills of Seychellois seafarers so as to meet the requirements of the International Maritime Organisation’s (IMO) international convention on standards of training, certification and watch-keeping for seafarers.

Both parties in the agreement cited the partnership as providing favourable results.

“We are quite happy with the progress we have made in Seychelles,” highlighted Captain Peiris.

“We have helped bring in some directions to the maritime industry, trainings and the professionalism we have brought into the seafarers in Seychelles,” he stated while also acknowledging the support of the education ministry, SMA board and Mr Benoiton.

Mr Benoiton, who is also the chief executive of the Seychelles Petroleum Company (Seypec), noted that Seypec has benefitted from the programmes and training set by Cinec for the local maritime academy.

“Today, we have 93 young mariners on our Seypec tankers in various capacities, all of whom have been put through this exercise we have engaged in with Cinec,” he elaborated.

He also noted that Cinec is now facilitating a first officer training programme which commenced this year and which has the certificate of competency issued to one participant thus far.

There are also 10 young cadet officers working on the tankers that are set to start a three and a half year programme, jointly administered by SMA and Cinec.

“Quite correctly, Cinec has played a significant role in the educational marine sector but we have also now emphasised our position with the fisheries element at the maritime academy. As of this year, we have intensified our fisheries training programmme, we have entered into a joint venture with the Seychelles Fisheries Authority where they have emerged with a new curriculum […],” Mr Benoiton detailed. 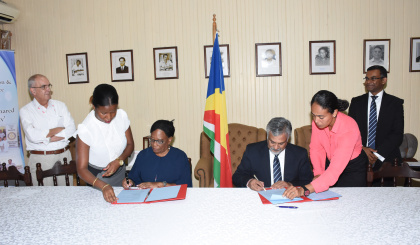