Interview with Richie B, winner of four titles at the Cable Tunes Awards show ‘I won the four awards for three singles which goes to show that 2019 was my year’ | 16 January 2020 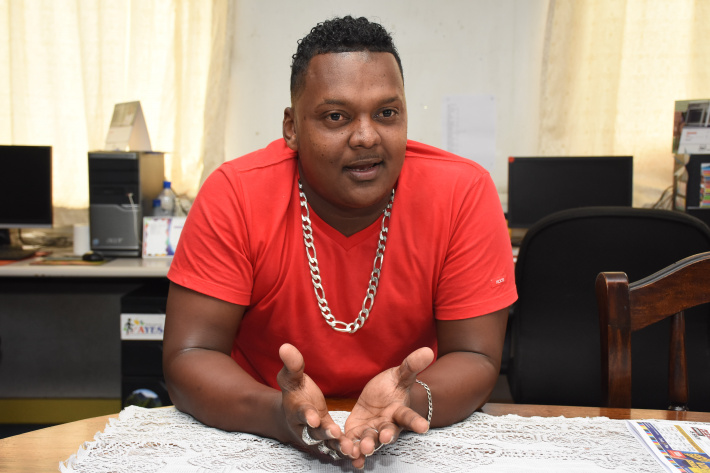 Richie B during the interview (Photo Jude Morel)

It is undeniable that Richie B has been a formidable force on the local music scene over the past year. It is no surprise, therefore, when his newfound popularity, comic performances and catchy songs landed him four awards during the recent Cable Tunes Awards show, held on Saturday January 11 at the Berjaya Beau Vallon Resort & Casino.

Nominated for the first time, the young artist was on the night awarded Best single for Mon Pa’n Vole, Mon’n Pran, Best collaboration for Bend Down Low with XTra Big, Best video clip for the song Ou Le Goute and Best new artist.

Over the years, Richie B has performed in numerous stage plays and theatre shows with the likes of Marie-Vonne Eugenie and Angelin Marie before transitioning into comedy alongside local funny man Joseph Sinon in 2016 in the comedy hit show Traka Dan Baka. From the comedy skits, Richie’s funny bones and willingness to go to any lengths to make his audience laugh, including dressing up as Mrs Bouquet, won over the hearts of many, earning him opportunities as a solo act and master of ceremony at parties and private events.

Seychelles NATION caught up with Richie B (Richie Flore) for an interview and we invite you to read about the young man who started out as a comedian.

Seychelles NATION: When did you develop an interest in entertainment?

Richie B: I took an interest in entertainment at a young age when I was in primary school where I would perform during children’s day, teacher’s day and every chance I got to jump on stage and make people laugh. My love for theatre continued in my high school years and during post-secondary school where I joined the national theatre troupe through a recommendation from the National Arts Council (Nac).

Seychelles NATION: What made you transition from theatre to music?

Richie B: Xtra Big called me randomly one day in late November 2018 requesting a collaboration on his latest album, which caught me off-guard. When I asked why he wanted me, who has no musical background or baggage, he said no other artists were available to collaborate with him or had already done so on other tracks, which is where it all began. Funnily enough, the track which he wanted me to feature on, he had given to KJ by the time I was ready to record at his studio so we decided to come up with something else.

Having no musical background but at the same time knowing comedy is my strength, I wrote the verse at the studio incorporating some of my comic elements in the track from one of my stand ups that I had written and the verse was recorded in one single go. Xtra Big loved the verse so much that he even asked me to do an intro and outro for the song.

The album first got traction in February 2019 where the track was heavily requested by the public, after the music video was a hit and it all went on from there which is when we formed a little group to perform along with Xtra Big on his album tour.

Seychelles NATION: What led you to create your first album?

Richie B: Due to the fact that I only had a single feature on one song I felt like it wasn’t enough for me so I started browsing Facebook for inspiration looking at comments made which led me to write Zaksyon Fanm. The song was recorded and it became a viral hit. Wanting to ride on the wave of that success I decided to re-record Dalon. I sat down with Xtra Big and I worked on the lyrics while he handled the beat and musical arrangements and the final product was Ou le goute.

From there on I started receiving bookings to perform solo which led me to decide to produce more songs. After discussing the idea with Xtra Big and him being on board with the idea, I set about writing the lyrics to the 20 songs to be featured on the album.

Writing songs did not necessarily come easy especially considering that comedy is mostly freestyle and is not necessarily confined to any structure or conventions compared to a song which has verses and a chorus. It actually still surprises me that I was able to write 20 songs and the fact that it flowed quite effortlessly once I had adopted the mindset.

Most of my songs were written during the early hours of the morning or late hours of the evening whenever I would suffer from heartburn.

Before I knew it, I had 12 songs and continued on to 15 songs and I was still feeling inspired and then I had a total of 23 songs, with only 20 to be featured on the album. But the album was completed fairly quickly. I committed to the album in June and by November my debut album Konmansman was ready to hit the market.

One of my songs, Sorti Ale, features on Sandra’s new album, Unison. The song made it to number 1 on the charts just a couple of weeks after its release. Other tracks on my album include Unfriend Mon, Regrete and Lanniverser among others.

Seychelles NATION: You clinched four awards at Cable Tunes Awards 2019. Were you expecting the awards?

The award for Best Single however I was not expecting. The other songs in the category included Broadcast by Cus-Man and some others that I thought might win over my song and the same applies for the Best Video Clip category. In the same category was Elijah with Kole which was shot abroad, Jahrimba with Reload Magazine so I was not counting on those two categories but I was pleasantly surprised on the night. At one point I was on the podium being presented with the award and I was even speechless as I had honestly not expecting it.

I won the four awards for three singles which goes to show that 2019 was my year. My album is titled Konmansman because that’s where the journey starts for me. I’ve come to realise that in the entertainment industry, it is about the right timing and I am aware and grateful that 2019 was my year.

This year however, I won’t be in the forefront as I was last year. This year, Gatto, KJ, Jahkim, Auspicious and Sandra, all of whom have produced some amazing work, will have their time to shine.

Seychelles NATION: What’s next for Richie B?

Richie B: Considering this album was produced fairly quickly, I want to this time take my time and work on an MP3 album comprising 30 songs. With this album, I must be able to put on a headlining stage show. As of March, I will start recording a song a month, and if all goes according to plan, the album should be ready by September 2022.

I am envisioning a 30-track album comprising 10 comedy songs, 10 commercial songs and 10 songs inspired by real-life and of different genres. It has to be good which is why I will take my time with it. I have already started scouring Facebook and started writing my lyrics and I am determined to produce something outstanding. 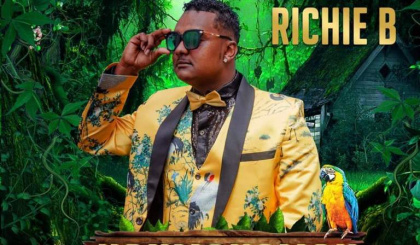 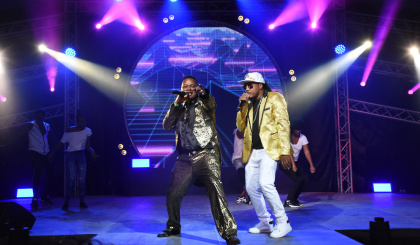