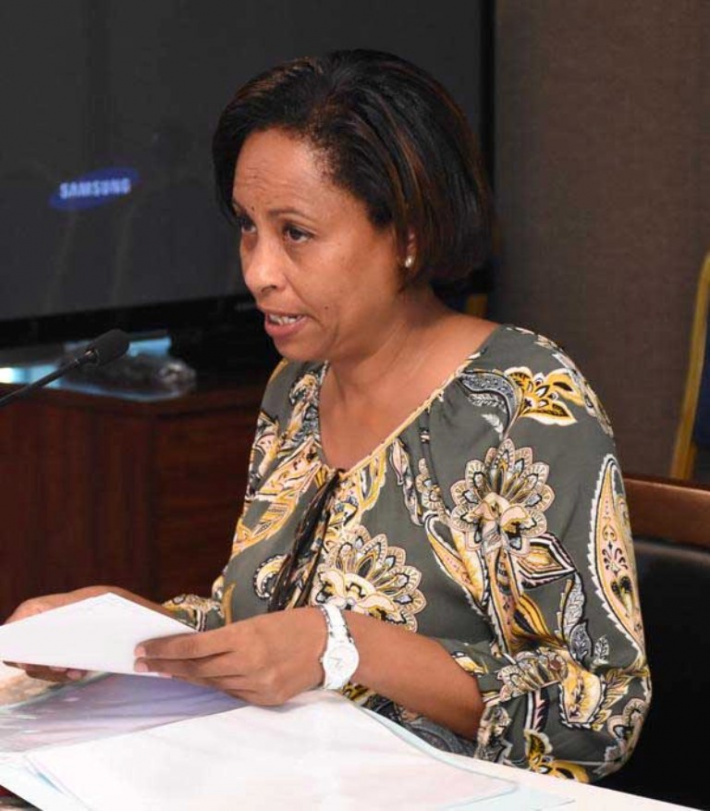 The Truth, Reconciliation and National Unity Commission (TRNUC) held only one public hearing yesterday afternoon as the rest were held in closed sessions.

Ina Laporte was the only witness before the commission in case 050 of her mother, Jessy Laporte, who complained last year (2019) that her husband, Noel Laporte, was wrongfully detained during the one party State. She had also alleged loss of earning from the sale of her property which was undervalued as compared to her proposed sale price, which she did so under duress because the family had to leave the country hastily in 1981 for political asylum in the United Kingdom.

Mrs Laporte had also during her complaint named that her daughter (Ina) participated in the students’ demonstration against the National Youth Service (NYS) in 1980 and furthermore had also witnessed the arrest of her father. Ms Laporte said that as a student at the Saint Agnes secondary school, she participated in the demonstration on her own free will as she had learned that they (students) were going to be sent to Coetivy Island for their national service “to brush pig’s teeth”.

Referring to her father’s arrest, Ms Laporte said that being a young child at the time, it was very traumatising for her to witness four men with guns entering their home to arrest her dad. She claimed that it had been the first time she had seen or be near a gun at close range in her life. She further said that it was not only her father who was arrested by the regime but also other members of her family, including her uncle, Rene Laporte.

She explained that with her father in prison, life was difficult for the rest of her family. She claimed that she once accompanied her mother to see the Minister for Defence, Ogilvy Berlouis, with regards to her father’s imprisonment, and noted that at one point in their conversation, he pulled a pistol and pointed it at her mum. At that moment her mother, whom she considered as a very brave lady, angrily challenged him to shoot her if he wanted to as she was not afraid of him anymore. She said that she led a fearful life during and after her father’s imprisonment as the family’s every movement were always under the microscope.

Ms Laporte stated that even some close friends of her family were reluctant to meet them at times for fear of being victimised also. She claimed that her family did not support and were very outspoken against the regime and this was why they were targeted.

She said that at sixteen years old, she and her family were classified as refugees while they were in exile in England. She claimed that while over there, she never disclosed to her British neighbours as to why they were in England but only talked bad about the regime only among the Seychellois community. She noted that upon her first return to Seychelles and thereafter, she was constantly followed around but at that time she was not too afraid as she knew why she was being followed.

On behalf of her family, she called on the commission to condemn the act of the coup d’etat of June 5, 1977 as illegal and also seek for a memorial in the name of all the prisoners of conscience and those who have been killed and disappeared as a result of the coup.

Ms Laporte also called for the appointment of an author to write the missing history of Seychelles from June 5, 1977 and thereafter, “the good and the bad”… She publicly thanked all those who helped and supported her family during that dark period of history.

I write further to your article entitled ‘Only one public session aired yesterday’ published in NATION dated Friday, January 17, 2020.

I exercise my “Right of Reply” and will appreciate correction to the sentence “……..and noted that at one point in their conversation, he pulled a pistol and pointed it at her mum”.  Please be advised that the above statement is incorrect and should read “he [Ogilvy Berlouis] removed his pistol out of his desk drawer and sort of played around with it on his desk”.  Note that I showed the Commission his action. 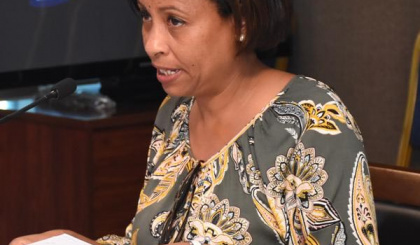