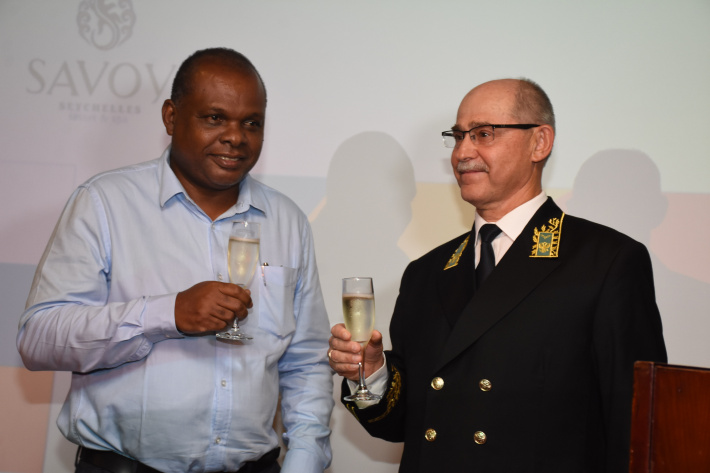 The Ambassador of the Russian Federation to the Seychelles Vladimir Belous yesterday evening concluded his six-year-long tour of duty in Seychelles with a farewell reception.

Ambassador Belous began his tenure in Seychelles in November 2013 and since then has worked to reinforce and further expand the ties between Russia and Seychelles in political, educational, economic and cultural spheres.

In his speech, Ambassador Belous described his tour of duty in Seychelles as the brightest and most memorable in his entire diplomatic career.

He noted that Russia-Seychelles diplomatic relationship is one based on the same aspiration for a more secure, peaceful and just world, and expressed his wish that the Seychellois people continue to live and work together in harmony, even as the 2020 election looms closer.

“I am quite pleased to note that over my tenure here, the volume of trade between Russia and Seychelles has increased from US $3.4 million in 2012 to the peak of US $ 8 million in 2017,” Ambassador Belous said while noting that there is solid ground for this positive tendency to continue.

He concluded by thanking every Seychellois, members of the Russian diaspora and his colleague ambassadors, adding that he hopes they extend the same hospitality and support to his successor.

Meanwhile, Minister Didier Dogley thanked Ambassador Belous and the Russian Republic for providing various short courses and scholarship for the educational advancement of the Seychellois people.

Minister Dogley also noted that “it is most encouraging to see that tourism statistics continue to flourish with arrivals from Russia”.

“Last year more than 10,000 Russians visited Seychelles. We anticipate that 2020 will see even more visitors and this represents an invaluable opportunity to promote cross cultural exchanges, people to people links and network facilitation. Long may this trend continue,” said Minister Dogley.

He concluded by reflecting on the legacy which Ambassador Belous leaves behind; his frankness and sincere interest to elevate the cooperation between the two countries.

The speeches were followed by toasts to the people of both nations as well as to the continued success of Ambassador Belous, after which guests were able to interact during the dinner reception. 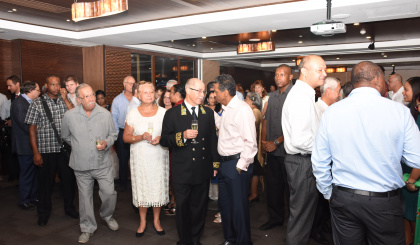