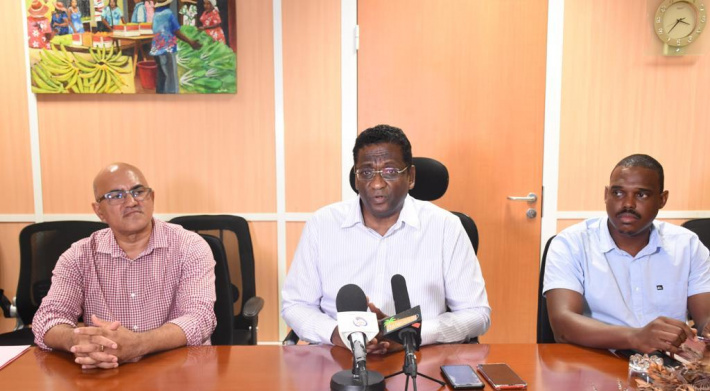 Fishing vessels flying the European Union (EU) flag are temporarily not allowed to fish in Seychelles waters until the renewal of the Sustainable Fisheries Partnership agreement and protocol between Seychelles and the EU.

The prohibition came into play on Saturday, January 18 after the previous agreement came to an end in November 2019 while its corresponding protocol expired on January 17, 2020.

The new agreement, which was initially expected to be signed this month, should have a life-span of six years during which the EU will provide Seychelles with a total of €58.2 million, or about R902 million, in financial contributions.

In exchange, the agreement will allow up to 40 EU fishing vessels to fish in the Seychelles water, although only 27 EU purse seiners are presently licensed to do so.

However, the Ministry of Fisheries and Agriculture yesterday made known that there is a delay in the implementation of the agreement and its accompanying protocol.

According to fisheries minister Charles Bastienne, the delay in the signing of the protocol comes from the EU side since the agreement and protocol is still under consideration by the EU Council.

“The Council needs to approve the legal text and undertake all the necessary procedures such as translations and we have to wait for them for us to sign the agreement,” Minister Bastienne said in a press conference yesterday.

He noted that legal documents presented to the Council are required to be translated in various languages used in the EU, a fact which impacts on the progress of the Sustainable Fisheries Partnership agreement.

Following a recent meeting with the EU, Minister Bastienne was informed that the Council might now give the go-ahead to the agreement in mid-February.

As per the agreement, EU vessels will be able to resume their activities in Seychelles’ Exclusive Economic Zone (EEZ) immediately after both parties sign the agreement, without the vessels having to wait for its ratification by the National Assembly.

Minister Bastienne stressed that the present situation wherein EU fishing vessels are not allowed to fish in Seychelles should not be a cause for concern.

The only foreseeable impact will be on the payments of the EU’s sectoral support and access fee, which will be delayed.

He explained that the EU vessels will continue to fish outside of the EEZ and will be making port calls to Port Victoria to sell their fish and conduct other activities.

Meanwhile, there are 13 other Seychelles-flagged purse seiners operating in our waters that will continue with their business.

It is to be noted that January/ February is often considered as a slow month for the fisheries sector.