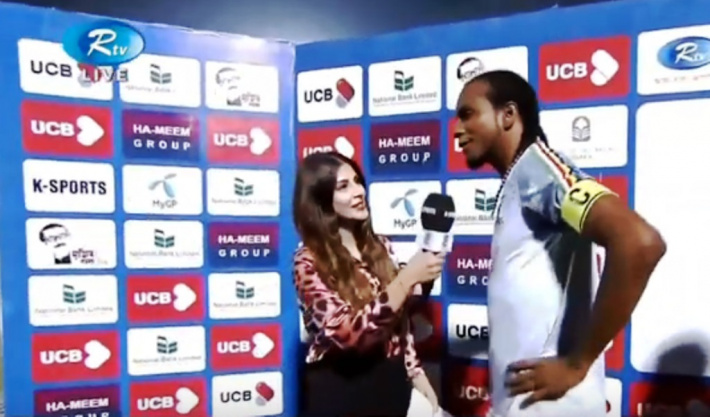 Captain Mellie during the post-match interview

The Seychelles national selection did not make it to the final of the Bangabandhu Gold Cup which is taking place in Bangladesh after a narrow 0-1 loss against defending champions Palestine in the first semifinal yesterday.

The match’s only goal came from Layth Kharoub in the 79th minute and it was enough to put Palestine in their second consecutive final, giving them the chance defend their title.

Yesterday’s match was one of the best played by Seychelles at the tournament as the players of coach Ralph Jean-Louis went into the match with the aim of defeating Palestine.

Not short in confidence, the Seychellois players took the game to Palestine who were being regarded as a much stronger opponent, ranking more than 100 spots above Seychelles on the Fifa world ranking.

It was obvious that coach Jean-Louis made his homework and set up his tactic based on how he thought Palestine were going to play.

The gamble paid for Seychelles until the 79th minute when Kharoub’s cross diverted past goalkeeper Ah-Kong for the match’s only goal.

It was obvious that with a little bit more quality, especially in their shots when it really mattered the score would have been different for Seychelles.

With a new coach installed just a few days prior to the tournament, Seychelles’ performance can be described as satisfactory and the players can hold their heads up high, especially after yesterday’s performance.

Speaking to Rtv Live about Seychelles’ performance, captain Warren Mellie said he is “very proud of all the players for a good performance up to the semifinal”.

Seychelles started the tournament in group B alongside Burundi and neighbours Mauritius.

In the first group match, our national selection let slip a one-goal lead to lose 1-3 to Burundi, while in the second group match, they dropped a two-goal cushion to draw 2-2 against Mauritius. They qualified for the semifinals thanks to a better goal difference than Mauritius. Seychelles finished with goal difference of -2 (3 goals for and 5 against), while Mauritius finished with a difference of -3 (3 goals for and 6 against).

The Bangladeshi competition, also known as The Bangabandhu Gold Cup, is an international football tournament organised by the Bangladesh Football Federation (BFF) as a tribute to Bangabandhu Sheikh Mujibur Rahman who is considered as the founding father of Bangladesh. 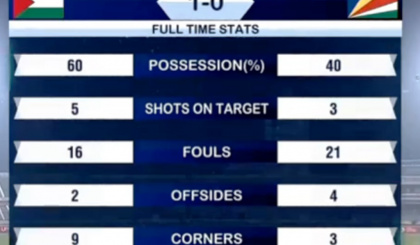