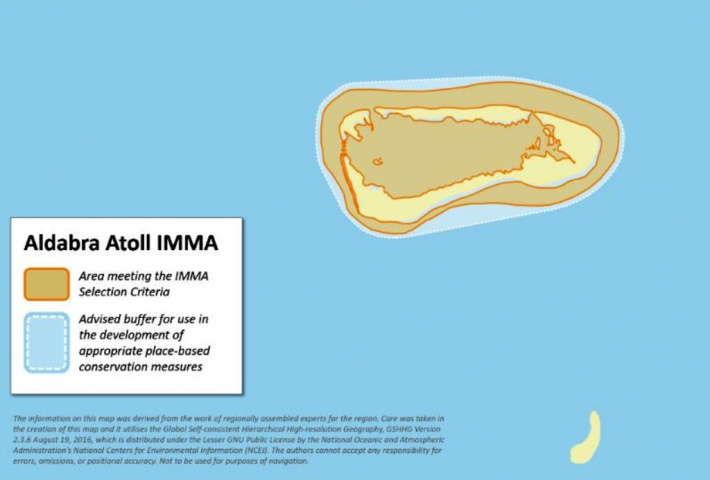 Aldabra has been listed as an important marine mammal area (IMMA) by scientists at the Marine Mammal Protected Areas Task Force.

Aldabra was listed in December 2019 alongside 37 other areas in the Western Indian Ocean and Arabian Seas which are key habitats for various threatened marine mammal species. Aldabra Atoll, a Unesco World Heritage site and marine protected area (MPA), has been managed by the Seychelles Islands Foundation (SIF) since 1979.

IMMAs are defined as areas of habitat which are important for one or several marine mammal species which would benefit from conservation action. They are identified through a carefully planned process in which experts assess evidence of marine mammal distribution and habitat use in that area.

IMMAs are published on an online atlas, and can be used in conservation planning by a variety of stakeholders. It is also hoped that industry can use this information to either avoid IMMAs or mitigate the impact of their activities in these areas. governments can also use IMMAs as guidance when planning marine protected areas or coastal zone management.

Aldabra was selected as an IMMA because it is an important habitat for the only known remaining population of dugongs in the Seychelles archipelago, and forms part of the breeding grounds and migratory corridor for humpback whales in the region.

Aldabra is located on the migration route of humpback whales as they move annually between feeding areas in the Southern Ocean and breeding (wintering) areas off East Africa. Humpback whales make up the highest proportion of marine mammal sightings on Aldabra. They are seen with calves around Aldabra between July and November, which forms part of the broader humpback whale breeding area known in the region.

Aldabra is now the only location in Seychelles where dugongs occur. Classified as vulnerable on the IUCN Red List, dugongs in East Africa are thought to be highly threatened.

Aldabra hosts extensive seagrass beds inside its lagoon as well as on the outer reef flat. These seagrass beds are considered to be near-pristine due to little human impact and strict protection of the atoll. These vast seagrass beds, and Aldabra’s large, shallow lagoon, provide ideal foraging habitat for dugongs. Furthermore, Aldabra’s dugongs include breeding females and calves, indicating the site may be a key area for the population and promising area for population recovery.

Dr Frauke Fleischer-Dogley, chief executive of the SIF, said: “We are delighted with Aldabra’s sixth international designation which specifically recognises the importance of Aldabra’s protected habitats for endangered marine mammals in the region.

“Being the only area in Seychelles that is home to probably a resident dugong population, this designation provides us with new impetus to survey the population to understand its migratory patterns and size, a long-standing SIF project. The expected knowledge to be acquired will allow us to implement new measures to better protect and conserve the dugong populations here.” 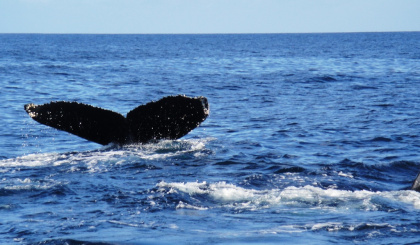 The tail of a humpback whale at Aldabra Atoll © SIF 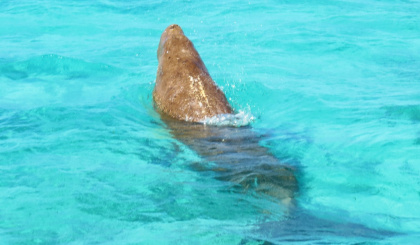 A dugong near West Channel at Aldabra Atoll © SIF