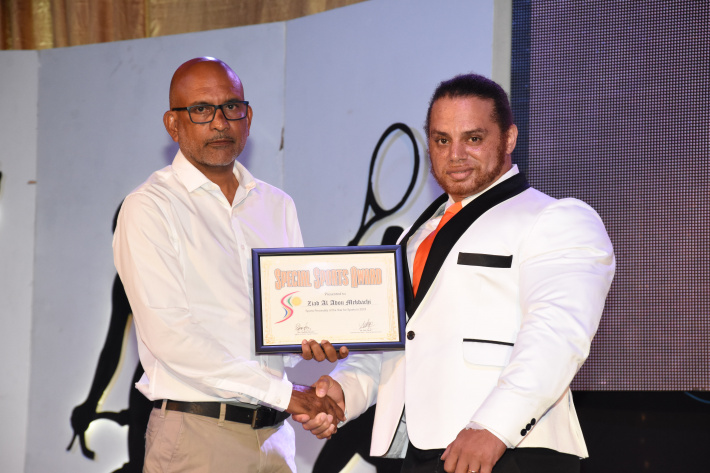 Ziad Mekdachi accepts his Sports Personality of the Year award

Other than crowning the best male and female athletes of the year, the traditional awards ceremony, most commonly known as the Sportsman and Sportswoman of the Year Awards, also honours those who were behind the scene, or have excelled in one way or another during the year.

These include coaches, officials, schools as well as local sporting federations and other individuals who did extremely well, or contributed in the development of local sports.

At this year’s awards ceremony held last Friday at the NSC Multipurpose Hall at Roche Caïman, where President Danny Faure handed Laser sailor Rodney Govinden Sportsman of the Year crown for a second win and swimmer Felicity the Sportswoman of the Year trophy for her maiden win, several individuals were called up alongside the best athletes to be rewarded for the contributions during 2019.

Bodybuilder Ziad Mekdachi received the award for Sports Personality of the year, while weightlifting coach William Dixie was voted the best for 2019.

Mekdachi, 39, became the first professional bodybuilder from the Indian Ocean region, after getting his IFBB (International Federation of Bodybuilding) elite pro card.

Mekdachi received his card after winning the 100kg category and the overall prize at the 4th Arnold Classic Africa 2019 IFBB pro qualifier organised by the IFBB Europe inside the Sandton Convention Centre in Gauteng, Johannesburg, South Africa in May last year.

As for coach Dixie, he guided his lifters to win 35 medals – nine gold, 11 silver and 15 bronze – at the 10th Indian Ocean Islands Games (IOIG) held in Mauritius last year.

Judo official Ravi Valmont received the award for the best in the field, after becoming the first local official to receive a formal invitation to bring his expertise at a high level continental event, rubbing shoulders with the top referees from the continent in 2019.

A referee for the past 20 years, after retiring as an athlete in 1999, Ravi Valmont who now possesses a grade A referee’s licence from the African Judo Union (AJU) was in Cameroon and Senegal in 2019 where he officiated at two Senior African Judo Open Championships.

The Seychelles Athletic Federation (SAF) received the award for the best local sporting federation, while three schools were awarded for being the best in their respective categories.

In the primary school category, Plaisance was the best, while the Plaisance secondary school retained its title won in 2018 for the best in the secondary category.

For the post-secondary category, the award went to the Seychelles Business Studies Academy.

The Hall of Fame of the 36th Sports Awards Ceremony 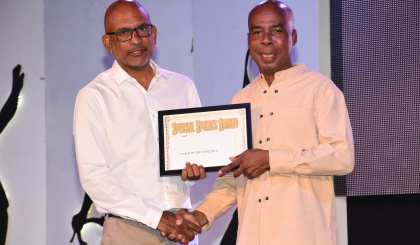 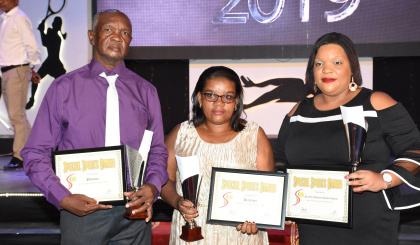 Representatives of the three best schools 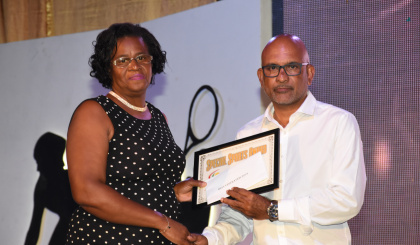 A representative of the SAF accepts the best federation award 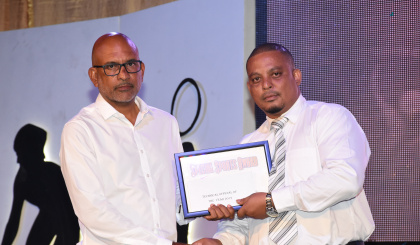