Heavy winds cause damage across the country | 07 February 2020 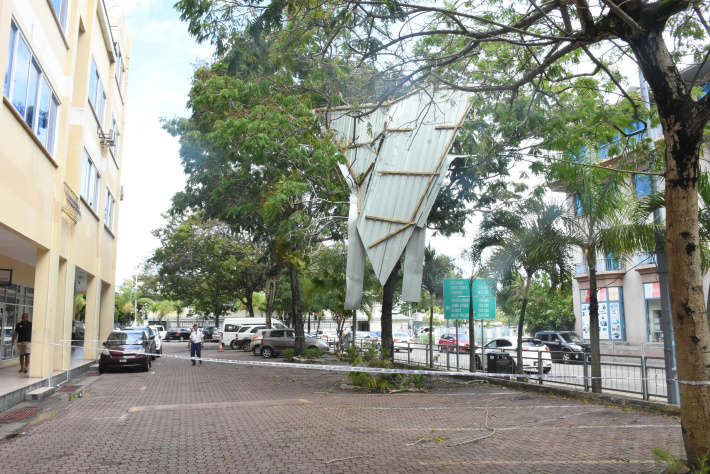 It seemed that Mother Nature wanted to change it up a bit yesterday afternoon because the local area experienced wind gusts of between 50 and 70km per hour at times up to 80km per hour that caused substantial damage across the country.

While blown-away garbage cans were a common sight, major incidents such as damaged houses, fallen and uprooted trees, blown off rooftops were also reported.

The department of Risk and Disaster Management (DRDM) noted that there were two reported injuries in relation to fallen trees on cars.

Part of the roof of the Orion Mall building in Victoria was also torn off and damaged some cars which were in the parking lot. Luckily no one was injured.

Other damage included a tree which made a near miss from hitting a car on the road leading to Perseverance.

DRDM noted that they did not receive many calls from the general public but they did record five cases of trees blocking the road, roof blown off four houses and fallen trees near some houses.

The Seychelles Meteorological station has issued a yellow alert which means bad weather is possible over the next few days and could affect people on Mahé as well as on the inner and outer islands.

The accompanying photographs show some of the damage caused by heavy winds. 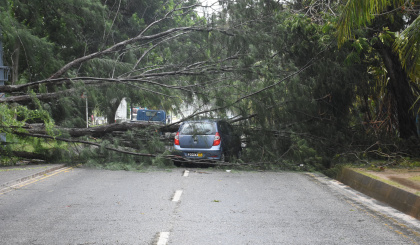 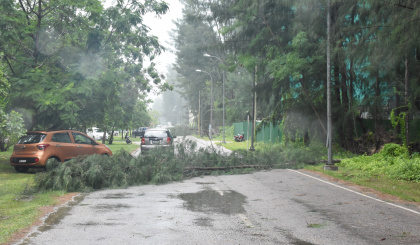