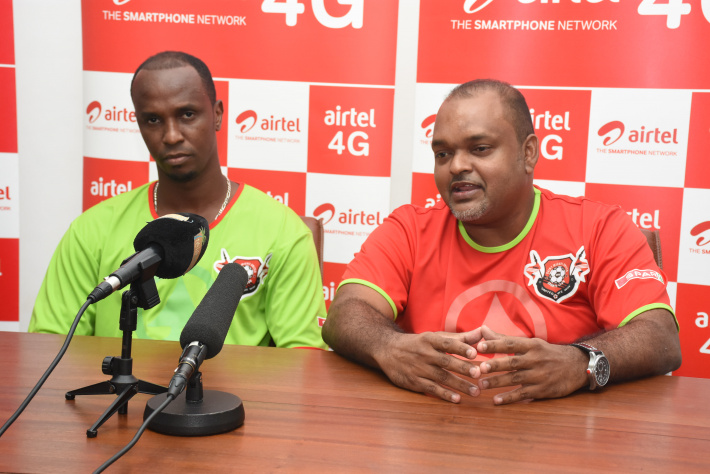 The Stad Linite at Roche Caïman will this afternoon host the battle of the Saints when St Louis take on St Michel in the final of this year’s Airtel Cup competition, scheduled to kick off at 4pm.

As for St Louis, they are yet to put their hands on the cup, having lost in four finals, including twice against St Michel, precisely in 2009 and 2016.

Their two other losses were in 2007 against Anse Reunion and in 2017 against Northern Dynamo.

In a press conference yesterday at the Maison Football, Roche Caïman, both sides expressed their will to win one of the most prestigious cups of Seychelles’ football.

St Michel’s coach Nigel Moustache said they have had a good preparation and they will be all out to give a good performance.

He noted that they have been much focussed all throughout the competition and the final against St Louis will be no different.

A firm believer in attacking football, coach Moustache added that they will adopt an offensive approach, taking the game to their opponents.

He added that apart from two injured players, the St Michel squad is almost complete and is ready for the encounter.

Captain Alex Nibourette noted that it has been a while since St Michel played a final and that they will be all out to bring back the winning habit.

He added that during the 2019-2020 season, the St Michel squad has become more solid and worked better as a unit.

This, he said, will be a boost to their performance in this afternoon’s final, thus bringing the kind of football that fans are eager to see.

He also added that even if St Michel hold the record for most Airtel Cups won, many players in the squad have never won it and they will be all out to put their hands on it.

As for St Louis’ coach Ronny Renaud, he explained that since the Airtel Cup is the only piece of silverware missing in their collection, they will be all out this afternoon to claim a first one.

Coach Renaud explained that since the Airtel Cup is the first cup competition of the year, winning it will be a boost to their league campaign.

He added that since they are coming all out to win, an offensive approach is what they will adopt, as goals will make the difference after the final whistle.

He also added that St Louis have a fully fit squad, even if they had to adjust their preparation methods due to the number of matches played per week, especially weekday fixtures.

Coach Renaud also noted that since St Michel are a very well respected and organised squad, St Louis will also adopt a very cautious approach, even if scoring goals is their main priority.

Captain Bertrand Esther said the team are well prepared and he is ready to lead the players this afternoon.

He added that the final will be the chance for the players to reap the fruit of their sacrifices, especially during the festive season where they were in full training mode.

Both teams are urging their fans to come down to bring their support, all in the spirit of fair play, respect and friendship.

Airtel Cup winners since its introduction in 2003 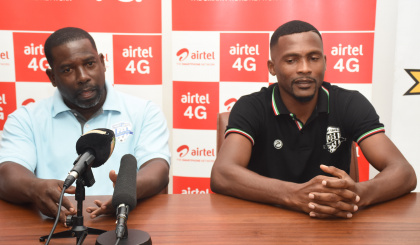