The Truth, Reconciliation and National Unity Commission (TRNUC) wrapped up its session for this week with more complaints and testimonies at its headquarters at Josephine Cafrine building, Ile Perseverance, yesterday.

In the first morning session, John Dookley, a complainant in Case 0125, spoke of victimisation that he and his family were subject to during and after the one-party state which included imprisonment, detention, loss of job and refusal of government loans, among others.

He claimed that though being an official police officer, he was constantly followed, among other humiliation by army personnel who had authority over the police and that forced him to leave the police force after five years in 1978 for a job in the cultural centre of the American embassy until 1994.

Mr Dookley alleged that in 1979 when the state was rounding up people for detention on the grounds of being enemies of the state, he was approached by two former colleague police officers at Victoria House, on November 16, 1979 and was arrested on a detention order he claimed was signed by former President Albert Rene. He further said that upon being brought and searched at the Central Police Station, he was transferred to the Union Vale prison where he claimed he met some prominent figures, namely Gerard Hoareau, Paul Chow and Max Racombo, among the seventy-five male and six female detainees. He said he spent five months at the prison where the condition was deplorable.

He noted that on the day of his release from prison, he was sent to the Central Police Station to meet the then commissioner of police, James Pillay, who informed him that his detention was a mistake and was offered to return in the police force which he refused and instead went back to take up his job at the American embassy.

“Following my release from prison, I realised I had lost most of my friends because they were afraid to be in contact with me, I presume for fear of being victimised also. Some members of my family also broke off contact with me for the same reason,” Mr Dookley said.

Mr Dookley claimed that his wife also suffered the same fate as she was refused work in government which at one point she had to go to State House in 1986 to sort out the issue of security clearance with Dobin Samson, the person in charge. He noted that soon after his wife had seen Mr Samson she was immediately accepted in a job she had previously applied at the Development Bank of Seychelles.

Commenting of other forms of victimisation he had encountered, he claimed that once at Plaisance, while he was in his car, he was approached by a group of men in a pick-up truck who accused him of being a spy and one of them hit him in the face with the butt of a rifle. He said he reported the incident to the police and noted that nothing, until today, had been done about it.

Mr Dookley claimed that he was wrongly detained and wrongly sentenced for two years suspended sentence in 1984 on the grounds of unlawful assembly in Victoria and for refusing to disperse on police orders. He alleged he was not present during that incident. He claimed that though he was not a supporter of the regime in power, he was also not involved in any resistance activity other than being friends with some people deemed to have been involved in resistance activities.

He also informed the commission that as a young police officer on the following day of the coup of June 5, 1977, he was present at the Central Police Station where he witnessed the presence of most of the coup organizers – former President Albert Rene, former President James Michel, Ogilvy Berlouis, Jacques Hodoul, James Pillay, including a member of the Mouvement Militant Mauricien (MMM), Paul Berenger.

Myrna Issack, the former wife of Michael Hoffman, who died in an attack incident at Sans Souci on July 22, 1983, as a witness, gave the commission an account of how she got to learn of the death of her late husband.

Mrs Issack, who was accompanied by daughter Hazel Hoffman, who was three years at the time of the death of her father, stated that she had learned the real story of her husband’s death recently, through the hearings of the commission.

She noted that she married Hoffman in 1977 and at the time he was killed, they were living apart due to family problems. She said she was living at Foret Noire while Mr Hoffman was living at Roche Bois, Belonie. She further said that on the day he was killed, Hoffman, who she recalled the clothes he had been wearing, came to see her at her place of work at the Registrar office and had asked her to meet him at 7pm that Friday at the Catholic Church to go to the cinema and thereafter to the Pirates Arms which she agreed but on condition that she was able to get her mother to look after Hazel and their son Randolph.

Mrs Issack said that it was a police officer who broke the news of her husband’s death the following day by saying that he was among two bodies picked up at Morne Blanc. She noted that on hearing the news of his death, she passed out. She added that she had never known Sonny Elizabeth who died along with her husband or even the survivor, Brian Victor, whom she only got to know recently through the hearings on television.

Hazel for her part said that she did meet Mr Victor before his hearing who told her that if she and her family wanted to know what had happened to Hoffman they had to come and attend his hearing.

Mrs Issack stated that after the incident, she was very afraid and among other things would never have noticed if she was being followed or not. She stressed that her husband was friendly to a lot of people and he was all for his two children. She noted that she did not know if he was involved or not in resistance activities.

On a final note, Mrs Issack said that if ex-army officer Jemmy Marengo, as the principal suspect named in the incident, whom she has never met, came face to face to ask for forgiveness, she will forgive him. Her daughter did not share the same sentiment.

To wrap up, Mrs Mclntyre stated that the family does deserve compensation for what has happened to them and the commission will further discuss with Mr Marengo if he would agree to face the families affected to ask for forgiveness while also it tries to locate the other soldiers implicated.

Five members of the Adeline family from Praslin were before the commission in the afternoon, in public and closed sessions in Case 151, to complain of victimisation against the family by the government led by former President Albert Rene.

Pascal Adeline, who was accompanied by his brother Terry in the open session, was first to voice his complaint on behalf of the family where he alleged that former President Rene did everything in his power to hurt the family, especially his father Bertie Adeline, because he did not support his political party. He said the family was intimidated at all times including at their residence. He also claimed that under duress his mother had to sell off a large part of the family property for a mere R385,000. He noted that his mother, who has passed away, did try to claim back the land on four occasions but she was not successful.

Mr Adeline also alleged that other properties were also later acquired by government where most remained idle for long periods while others were distributed to close allies of the president. He said the family also suffered various atrocities, which included fire incidents and attempt poisoning of the family among others.

He said the family is still trying to find out why they were targeted. The matter was further discussed in closed session.

Former radio and television broadcaster, Ibrahim Afif, was the last person before the commission in relation to evidence given by Dr Maxime Ferrari regarding the timing of the presence of increased army personnel around the Radio Television Seychelles (RTS) on the day Gerard Hoareau was assassinated in London which appeared in his book (Mr Ferrari).

In his clarification to set the matters straight, Mr Afif said that he did have a conversation with Mr Ferrari at his residence, followed by a dinner to a nearby restaurant, after having met him earlier during a radio conference in Nairobi, Kenya, for African countries either in 1988 or early 1989. He claimed that during their conversation one of the questions he was asked was if he knew who killed Mr Hoareau to which he replied in the negative.

Mr Afif claimed that he told Mr Ferrari that there had been an unusual presence of army personnel at RTS but it was well before the day Mr Hoareau was assassinated on November 29, 1985. He said that the way Mr Ferrari took it, in reference made in his book, one gets the idea that the whole of RTS was encircled that day in response to the death of Mr Hoareau thus taking the time line as proven to him (Mr Ferrari) that his murder was linked with Seychelles.

In his second intervention, in relation to ‘Konplo 412’, Mr Afif said that in late September 1982 he was asked by State House to produce a series of programmes with the intention to show the Seychellois public that there were people outside Seychelles who were working to overthrow President Rene and his government. The programme ‘412’ was based on a hotel room of the Carlton Tower Hotel in London where the activities of the resistance movement, Mouvement Pour La Resistance (MPR), was recorded.

Mr Afif claimed that there were ten programmes between 45 minutes and 90 minutes in duration that were presented on air by him and other radio presenters, Françoise Shroff and the late Marjorie Baker. He said that he had no knowledge from whom the audio cassettes came but only recognises some of the notes that were handwritten by former President Rene himself including some by his wife, Geva Rene. He noted that all the programmes were produced at State House under the supervision of Mrs Rene.

He also gave his views on the radio programme ‘Republic of Praslin’ which he claimed was only a ruse by a French national and on the death of Simon Desnousse and his friend Mike Asher which he said that he was only briefed on how to report the incident.

On the killing of colleague Marjorie Baker, Mr Afif said that from the little of what he had known, former President James Michel and his former radio colleague, Douglas Cedras, had nothing to do with her death.

Before adjourning, Mrs McIntyre took the opportunity to remind people wishing to file a complaint to the commission to do so before the cut off time on midnight, Sunday, February 9, 2020. She noted that they can do so by e-mail as the fastest means or through a note to the security guard at its headquarters at Josephine Cafrine building, Ile Perseverance. 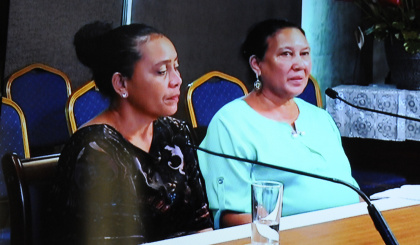 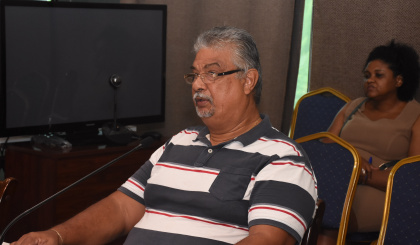 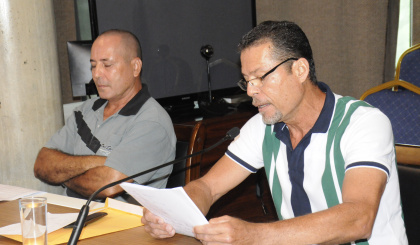 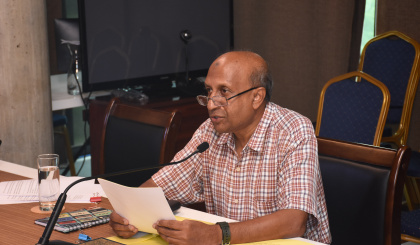