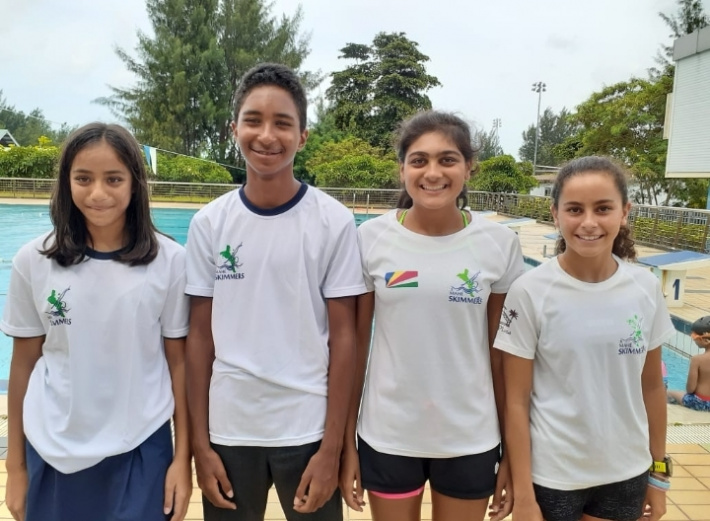 The competition which will be hosted by the University of Botswana swimming pool is expected to attract around 320 athletes, coaches and officials from 13 countries in southern Africa.

Three out of the swimmers – Alexander Payet, Lilianna Mason, Tejasvi Kerai – will be part of the Seychelles team, while Alina Muslun will swim for neighbours Mauritius.

They are expected to be joined by other local swimmers from other clubs but Sports NATION has not yet received the final list.

Payet will compete in the boys’ 12 years old and under category and will swim the 50m, 100m and 200m freestyle, 50m backstroke, 50m breaststroke and 50m butterfly,.

Muslun will compete for Mauritius and she will swim the 50m, 100m, 200m breaststroke, 50m butterfly and 200m individual medley.

The Confédération Africaine de Natation (Cana) Zone IV's annual swimming event has grown in standing within Africa over the past 19 years. Recognised by the Fédération internationale de natation (Fina), the Cana Zone IV is expected to attract top-class athletes, as well as showcase the region's young talent and upcoming swimmers.

Fina has also approved the Cana Zone IV championships as a meet where swimmers can achieve the Fina ‘A’ and ‘B’ swimming qualifying standard times. These qualifying time standards are a prerequisite for participating in major Fina competitions and the Olympics.