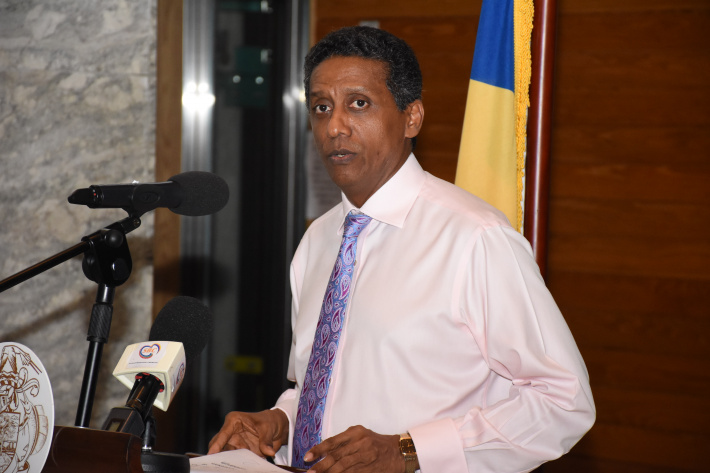 Discriminatory laws under the spotlight

“With political will, the fostering of sensitive dialogue and international cooperation, we can all lead change in our own countries and beyond,” President Danny Faure voiced out yesterday evening during the opening of the Equality and Justice Alliance forum at Eden Bleu Hotel.

The three-day forum, which is set to start today and conclude on Friday, is an initiative of the Royal Commonwealth Society, through the Equality and Justice Alliance and other partners.

It will include the participation of some 45 delegates from different Commonwealth countries – all of which are fierce advocates for women and LGBT+ empowerment – who will share their experiences and progress in terms of reforming discriminatory laws.

Seychelles will also see representation from its own advocates as well as from legal practitioners at the Office of the Attorney General.

Founded in 1868, the Royal Commonwealth Society is a network of individuals focusing on four key areas which are literacy, equality and inclusion, the environment and connective communities, so as to improve the lives and prospects of Commonwealth citizens in the 54 member states.

Its patron is Queen Elizabeth and its vice-patron Camilla Parker, the Duchess of Cornwall.

The forum taking place in Seychelles this week falls within the Society’s equality and inclusion work and is part of the Equality and Justice Alliance programme, which is a UK-funded programme that is a result of the last Heads of Commonwealth meeting.

The Alliance strongly advocates for better, modern and progressive laws that will improve the lives of all women, girls, lesbian, gay, bisexual, transgender and other LGBT+ individuals across the Commonwealth.

Yesterday’s opening ceremony not only saw the presence of President Faure, but also that of the chairperson of the Royal Commonwealth Society Dr Linda Yueh, Speaker of the National Assembly Nicholas Prea, Speaker of the House of Assembly of Saint Lucia Andy Daniel, ministers, members of parliament, members of the diplomatic corps, forum delegates among others.

In his speech as key note speaker, President Faure highlighted how discrimination, in all forms, is bad for a society and noted that Seychelles has made strides to eliminate as much discrimination and social injustice as possible, and acknowledged that there are even more to be done.

President Faure highlighted achievements such as the decriminalisation of same-sex relationships and introduction of an action plan against gender-based violence (GBV), as well as future reforms such as repealing laws that discriminate on the basis of sex and implementation of progressive legal frameworks for women and girls.

He noted that the forum will be an opportunity for Seychelles to learn from the speakers and delegates participating in the forum and identify strategic partnerships so as to “support us in our mission to achieve equality and justice in Seychelles”.

“Our Constitution underscores the basic and essential tenets of human rights – equity, inclusiveness, non-discrimination, protection of marginalised groups and equality. As a nation we do our utmost to protect our citizens, especially those most vulnerable and we are doing our utmost to fight against such social scourges as violence against women and girls,” President Faure added.

On her part, Dr Yueh stated that, over the past ten years, the Royal Commonwealth Society has been working with its partners to advance respectful and sensitive discussions about the need to secure the rights of women, girls and those of diverse sexual orientations and gender identities.

“Two years ago, at the Commonwealth Heads of Government Meeting in 2018, the UK Prime Minister made a historic expression of regret for colonial laws instituted by Britain that discriminate against women, girls and those of diverse sexual orientations and gender identities. But more importantly the Prime Minister offered support to Commonwealth governments and civil society organisations that wanted to change those laws.”

“The Alliance was formed to provide that support, and over the last two years the amazing collective efforts of those present and many more who couldn’t be here today have made remarkable progress.”

Dr Yueh noted that the Society chose to host its annual forum in Seychelles this year because it “is one such country that has been an exemplar in securing a just and fair society for its citizens.”

Alicia Wallace, a human rights defender, public educator and director of the NGO ‘Equality Bahamas’, also addressed the audience during the ceremony stressing that the delegates will need to aim higher than what they have already achieved.

“Women’s liberation, queer liberation and trans liberation should not be fought for in detriment of the others,” she noted.

“Consider this a space to not only shine, boast and share, but to be honest about our resources and capacity needs and our areas for growth and improvement, and to see other people in the room as part of the solution,” Ms Wallace advised the delegates.

The ceremony concluded with interactions among guests who were already networking and forming connections prior to the forum’s start today. 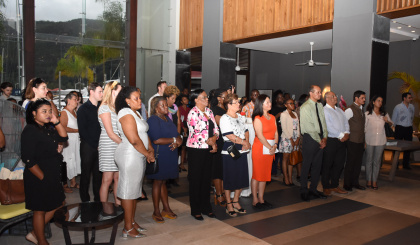