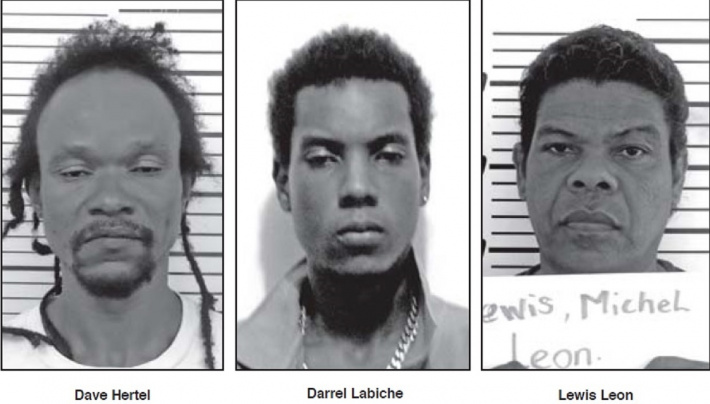 The Supreme Court has convicted three Seychellois men for drug related offences. On Monday February 10, 2020, 45-year-old Dave Hertel, a causal worker of Mont Buxton, pleaded guilty and was sentenced to one year imprisonment suspended for three years for the offence of possession of 5.89 grammes of heroin (diamorphine) with intent to traffic. Judge Ronny Govinden ordered that Hertel should not commit any similar offences during the period of the suspended sentence, or otherwise he shall be sentenced for this suspended sentence. He was found in possession of the mentioned drugs and arrested by officers of the Anti-Narcotics Bureau (ANB) of the Seychelles Police Force on January 16, 2018 at Mont Buxton.

In another case before the Supreme Court on Friday February 7, 2020, 32-year-old Darrel Labiche, a self-employed resident of Les Mamelles, pleaded guilty and was sentenced to a term of five years imprisonment plus a fine of R25,000. Judge Burhan ordered that in default of payment of the fine Labiche will serve a term of four months imprisonment which if imposed would run consecutively to the five-year term of imprisonment. He was sentenced for the offence of importation of a controlled drug, 167.80 grammes of cocaine which he brought into Seychelles from Madagascar onboard an Air Seychelles flight on Saturday August 31, 2019, when he was then searched and arrested by ANB officers at the Seychelles International Airport.

As for Lewis Michel Leon, a 52-year-old driver of Anse Boileau, he was on January 27, 2020 sentenced to six months imprisonment suspended for two years and to a fine of R10,000 payable on/or before May 15, 2020 which in default of payment he will have to serve a term of six months imprisonment. He pleaded guilty and was sentenced by Judge Melchior Vidot for the offences of possession of a controlled drug and possession of a controlled drug with intent to traffic, 28.1 grammes of herbal cannabis, which was found in his possession by ANB officers on December 11, 2018 at his premises.